Client Alert: No Woman is an Island: Telemedicine and Abortion Access after the Demise of Roe v. Wade

Legal Update: No Woman is an Island: Telemedicine and Abortion Access after the Demise of Roe v. Wade

For nearly 50 years, Roe v. Wade established legal protection for a woman’s right to choose to terminate a pregnancy without unwarranted government restriction. 30 years ago, in Planned Parenthood v. Casey, the Supreme Court revised the framework in Roe, and replaced it with the “undue burden” standard, a doctrine that invalidated state regulations designed to obstruct abortion access. However, in light of the Court’s recent shift to a 6-3 conservative majority, even before the May 2nd leak of a majority opinion draft in Dobbs v. Jackson Women’s Health Organization, there was a growing consensus among Court observers that Roe and Casey were at risk of being overturned in June, when the Court traditionally publishes decisions before its official summer recess.

Nonetheless, the May 2nd leak came as a double surprise. First, it was an egregious breach of Supreme Court etiquette, where consensus-building demands that drafts and revisions be constantly circulated with an expectation of confidentiality among the justices and their clerks. But the far bigger shock was the scope of the majority draft opinion. Instead of a partial “roll back” of abortion rights increasing the right of states to regulate that many anticipated, the leaked opinion reflected a complete repudiation of Roe and Casey entirely. This effectively gives every state a more or less free hand to decide abortion policy as it sees fit. Although the situation is evolving, by mid-summer, some 26 states are expected to implement laws that severely restrict abortion access. Several of these statutes date from before Roe, and will snap back into place once Roe is officially overturned. Many of the others are “trigger” laws that were legislated after Roe; these will also snap into place once the Court’s decision becomes official.

For the healthcare industry, a myriad of practical questions must be addressed, including:
(1) What is the status of private insurance plans that currently cover some abortion procedures once these procedures become banned by state law?
(2) Can employer-funded plans substitute out-of-state abortion coverage once lawful, in-state, options become unavailable?
(3) In states that prohibit medication abortions via telemedicine, such as Texas and Mississippi, are there legal risks for providers who disseminate information related to obtaining an abortion out of state?

There is good reason to be concerned about the unintended consequences of closing abortion clinics in a majority of United States, including a contiguous 1,800-mile swath stretching from Fort Bliss, Texas to Charleston, South Carolina. In the year following a reversal of Roe, some estimate there may be an additional 75,000 births, mostly to poor and vulnerable families. In Texas, for example, where 1 in 4 women of child-bearing age are uninsured, the additional burden on social services will likely strain a welfare net that is already criticized as grossly insufficient. Overturning Roe will not stop women who need or want to terminate a pregnancy from seeking to do so. Instead, where legal access is unavailable, women with limited resources are more likely to attempt “unsafe abortions.” The National Institute of Health considers an abortion to be unsafe when either the provider “lacks the necessary skills or in an environment that does not conform to minimal medical standards.”

Perhaps the most interesting question raised by changes in American healthcare relate to technology. First, in contrast to the circumstances in 1972 when Roe was decided or even 1992 when Casey was decided, the majority of abortions today are not surgical, but the result of medicine. In 2000, the FDA approved “medication abortion,” a pregnancy termination protocol that involves taking two different drugs, mifepristone and misoprostol, that can be used during the first 10 weeks of pregnancy. The shift from abortion as a procedure (predominantly occurring at a facility) to a private, home-based, option involving “no touch” is profound, dramatically expanding the practical privacy in which most abortions are occurring.

Second, the rise of telemedicine and remote care has changed the equation. Consider, for example, the case of Hawaii, where limited access (only 2 clinics on Hawaii’s 8 most populated islands) required many Hawaiian women to board a plane for access. In 1970, Hawaii was the first state to legalize abortion, but legality did not automatically translate into availability. Telehealth, particular for women without easy access to travel, became a preferred approach, offering women the option to be at home while consulting with their providers virtually, again in privacy, as prescriptions could be delivered to their doorsteps by mail and used privately.

As a result of the availability of telemedical abortion, the discussion is profoundly different today. Notwithstanding the legal changes on the horizon that may remove abortion clinics from more than half of all U.S. states, internet access to telemedical abortion may offer access to women throughout the country. In fact, the trend of a shrinking number of brick-and-mortar facilities performing abortion has been ongoing for some time. In 2019, due to increasing legal constraints, 6 states had just a single licensed clinic in operation. With the onset of Covid-19, several states justified banning abortion access “temporarily” by categorizing it as a “non-essential” or “elective” health procedure. When combined with tedious regulations and a general reluctance among women to risk Covid-19 transmission via long-distance travel, numerous abortion clinics permanently closed amidst the pandemic.

In contrast, attempts to reign in telemedicine and medication abortions have not had the same success. As of April 2022, 19 states enacted legislation that required a prescribing clinician to be physically present when medication abortion was dispensed. Legislatures believed that an in-person requirement would effectively ban telehealth abortions. The reality, it appears, is quite different. Instead of adhering to in-person requirements, as a consequence of widely available information online, women are turning to organizations such as Plan C and Aid Access that are willing to provide both telehealth guidance and mail delivery of abortion medication in contravention of state law. Plan C depends on providers and pharmacies domiciled in liberal states where all aspects of medication abortions are permitted remotely, while Aid Access conducts its operations from abroad.

At this point, we can only speculate as to how diverging state tele-abortion laws will play out politically. There are many new regulatory compliance questions arising. States that ban tele-abortion might threaten to revoke interstate medical compacts and licensing reciprocity agreements created to streamline cooperation between patients, providers, and pharmacies across state lines. Questions are likely to arise for insurance coverage, reimbursement, patient privacy, and many other facets of healthcare regulations as a result of the conflict over telemedical abortion. In practice, however, states will be hard-pressed to stop the shipment of abortion medication.

There remain important legal questions ahead. In late 2020, for example, GenBioPro, the manufacturer of a generic mifepristone, filed a federal lawsuit against Mississippi (Genbiopro, Inc. v. Dobbs). The complaint alleges that Mississippi violated the Constitution’s Supremacy Clause by enacting telemedicine regulations which preempt that of the FDA. In view of the FDA’s decision in December 2021 to permanently lift in-person dispensing requirements for mifepristone, this argument has only become more persuasive. Furthermore, GenBioPro contends that Mississippi has violated the Commerce Clause as its restrictions on abortion medication impede the free flow of trade between states.  This case is likely to be only the first of many raised by the changing legal environment.

GenBioPro and cases to follow highlight the extent to which we have entered uncharted territory in the 50-year legal conflict over abortion rights. As healthcare lawyers, it is hard not to marvel at the extent to which telemedicine will be front and center in the debate to come.

Nelson Hardiman regularly advises clients on new healthcare law and compliance. We offer legal services to businesses at every point in the commercial stream of medicine, healthcare, and the life sciences. For more information, please contact us.

*This article is provided for educational purposes only and is not offered as, and should not be relied on as, legal advice. Any individual or entity reading this information should consult an attorney for their particular situation.* 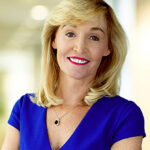