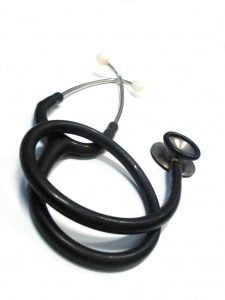 Nelson Hardiman attorneys persuaded the Superior Court of Los Angeles County to issue a stay of the Medical Board’s decision to revoke the medical license of a doctor of internal medicine and cardiology. The Court agreed NH’s contention that the Medical Board of California was unlikely to prevail as its underlying administrative decision was largely based on completely inadmissible and incompetent evidence. Specifically, the Board’s Decision relied on two uncharged incidents–one supported solely by administrative hearsay–and a charged incident where no negative findings were made. Adding insult to injury, the Board made use of a prior disciplinary action as a basis for supporting the complaining witness’ credibility. The Medical Board’s reliance on incompetent evidence to bolster the credibility of the testimony of the sole complaining witness, where negative findings were made, strongly suggested that the Board harbored an unreasonable bias toward the physician and was determined to revoke his license regardless of the merits of its case.

Based on the determination that the physician was likely to prevail on the merits and that the doctor’s continued practice of medicine posed no threat to the public under the conditions set forth in the stay, the Court made the relatively rare decision to grant the stay. This allows the physician to continue serving his patients. Any other result would have meant the surrender of the doctor’s medical license until the conclusion of his case, a process that can take anywhere from five months to a year.

The stay is effective pending the physician’s challenge to the Board’s decision on the merits of the case. Nelson Hardiman attorneys expressed optimism about its success based on the Court’s determination that the physician is likely to prevail on the merits by granting the Stay.