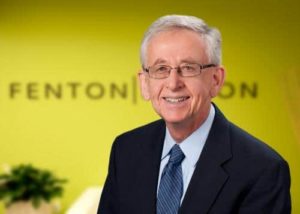 Los Angeles, CA (August 28, 2012) — In one of the largest jury verdicts stemming from a hospital peer review hearing, Nelson Hardiman attorneys secured a $2.1 million jury verdict for anesthesiologist, Georgia Bode, MD whose privileges were suspended for issues surrounding the alleged improper return of a single ampule of Demerol. For the 10 years it took to exhaust her administrative procedures, Dr. Bode steadfastly denied this charge. Prior to the commencement of the case, at the request of Plaintiff’s counsel, Judge Elizabeth Allen White instructed the jury that it had already been established that L.A. Metro’s actions against Dr. Bode based on the alleged improper return of the Demerol was unjustified.

Dr. Bode who had an unblemished record since she began practicing in 1987, gave up her staff membership at Centinela Hospital in order to come to L.A. Metro after the hospital replaced its entire anesthesiology department after incidents involving the mishandling of controlled narcotic substances caused an accreditation agency to award the hospital only a conditional accreditation. After an incident where an ampule of Demerol was unaccounted for, the hospital’s surgery department held an emergency peer review meeting, where the hospital’s chief of staff summarily suspended Dr. Bode’s temporary privileges.

In accordance with L.A. Metro bylaws and California statutory requirements, Dr. Bode followed protocol to exhaust her hearing rights, as documentation and an eyewitness account verified that she did in fact return the ampule of Demerol. This matter ultimately made its way to the California Court of Appeal and resulted in a published decision Bode v. Los Angeles Metropolitan Medical Center. After a five day trial in the Los Angeles Superior Court, a unanimous jury decided that based on the behavior of L.A. Metro, Dr. Bode did indeed suffer past and future economic damages and past emotional damages. “This is a victory for all physicians whose hospital privileges are unfairly limited, denied or terminated,” stated NH attorneys. “Physicians who encounter the unfair termination or denial of hospital privileges must succeed in winning their case at the administrative hearing level before they can even get to the courts. We are pleased to have succeeded at every level, culminating in this victory before a jury of our client’s peers.”

While the size of the jury’s verdict deserves a great deal of attention, what was truly at stake was the previously untarnished reputation of a doctor, who due to being associated with narcotics, has been unable to obtain medical staff membership and privileges at numerous hospital.