From Obamacare to Trumpcare Feature Article 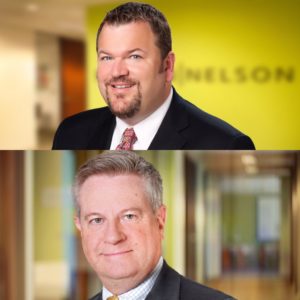 Nelson Hardiman Partners Harry Nelson and Rob Fuller are featured in the article, “Obamacare to Trumpcare. Why Care? Here’s Why,” published in the California Business Journal on June 26,2017. From the article:

The book, “From ObamaCare To TrumpCare: Why You Should Care,” provides a thorough and in-depth look at the malfunctioning American healthcare system – the history over the last half-century, where it is heading, and where it should go – under President Trump and beyond. The book is a must-read for anyone interested in the future of healthcare, which is one of the central issues of the Trump presidency.

Nelson and his co-author Rob Fuller, a former hospital executive and current Nelson Hardiman partner, analyze what the Affordable Care Act achieved and where it fell short, what TrumpCare is likely to look like, and make a clear, compelling case for how to fix the healthcare system. Despite publishing in January 2017, Nelson and Fuller nailed the Republican legislative approach unveiled this spring.

The book has drawn serious attention of key legislators on both sides of the political aisle who appreciate its apolitical, to-the-point approach. In contrast to the more typically divisive rhetoric, Nelson and Fuller offer a neutral and balanced perspective on how TrumpCare might make progress solving lingering long-term ObamaCare problems.