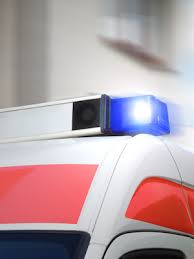 Thanks to D.C. Court, FDA Retains Regulatory Authority over E-Cigarettes

The global electronic cigarette market brought in more than $7 billion in 2016; it’s forecast to soar to $44 billion by 2024. Clearly the pastime of “vaping” is meeting a consumer need, and clearly it’s not going anywhere but up. That doesn’t mean it’s universally beloved, though. Detractors of e-cigs say they have enough in common with their combustible cousins that they pose health risks and that therefore, the public should be duly informed. Where does the U.S. Food and Drug Administration (FDA) stand?

For now, thanks to a recent ruling by the U.S. District Court for the District of Columbia, the FDA is retaining its regulatory authority over e-cigarettes.

In the spring of 2016, the FDA issued a rule stating that e-cigarettes were to be regulated just as other tobacco products. Not only are they to share regulatory stipulations, but moreover, the agency announced a “deeming rule,” which allowed the FDA to deem e-cigarettes to be tobacco products (thereby restricting e-cig marketing and advertising to the same legal sphere as traditional cigarette makers).

It’s interesting to note that, even before moving past the smoke and delving into the meat of the case, the Court spoke to e-cigarette users in the ruling, in what sounds like an attempt to allay any fears about FDA regulation being a precursor for the disappearance of the product from the U.S. market:

“The Court wishes to reassure the many worried vapers who followed these proceedings closely that this case is not about banning the manufacture or sale of the devices. That is not what the Deeming Rule does or what it was intended to accomplish.”

In Nicopure Labs, LLC v. FDA, (consolidated with Right to Be Smoke-Free Coalition v. FDA), the plaintiffs, arguing against the deeming rule, asked the Court to loosen the requirement of the strict advisory language demanded of tobacco products and instead require only “disclaimers” for e-cigarettes. The Court rejected that request, explaining that “[p]ermitting manufacturers to make unsubstantiated statements concerning modified risk tobacco products, whether express or implied, even if accompanied by disclaimers would be detrimental to the public health.”

The plaintiffs said that because the deeming rule restricts modified-risk statements, it prevents manufacturers from framing their product in non-misleading and truthful ways to the public, thereby violating the manufacturer’s free speech rights. Additionally, Nicopure said the prohibition on offering free samples to the public further encroaches upon its First Amendment rights. Again, those arguments failed to move the Court.

However dismayed the plaintiffs might be over the ruling, they have been granted a review-period extension by the FDA, in which time manufacturers of e-cigarettes are expected to supply the agency with specifics about their product promotions.

FDA commissioner not ready to vilify vaping, at least not in all cases

FDA commissioner Dr. Scott Gottlieb held a conference call with reporters last month and said that if e-cigarette makers believe their product could serve as a step down from conventional cigarettes for consumers wanting to ultimately quit, the FDA would recommend e-cig companies seek agency approval for the devices in the smoking cessation category.

Although some other federal public health officials have feared e-cigs would lead to nicotine addiction and to the use of traditional cigarettes, Gottlieb seems to have a more neutrally inquisitive mindset toward them. He told The New York Times that he was emphatically against the use of e-cigarettes by minors and therefore will think about imposing regulations on flavors to which kids might be drawn. Still, he mentioned that there may be a place for vaping in the cases of adults physiologically addicted to nicotine due to cigarette use who want to find ways to stop burning tobacco.

But ultimately, the deeming rule that the Court just upheld in favor of the FDA is not meant to weigh the pros and cons of electronic cigarettes themselves. As the Court stated:

“This case does not pose the question – which is better left to the scientific community in any event – of whether e-cigarettes are more or less safe than traditional cigarettes. The Rule did not purport to take the choice to use e-cigarettes away from former smokers or other adult consumers; the issue is whether the FDA has the authority to require that the choice be an informed one.”