ACA Resists GOP Battering to Remain Law of the Land … But for How Long? 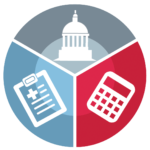 The past several months since the first GOP attempt to repeal the Affordable Care Act (ACA) have been described in various ways. Rollercoaster. Exhausting. Whiplash-inducing. Maddening. Déjà vu. The era of the zombie bill.

The variety of repeal and replace versions may have sported different names and different sponsors, but they shared a few key features: none scored higher than a 20% approval rating in polls (one iteration reached only 12%); in addition to general public disfavor, they were vehemently opposed by scores of medical associations and patient advocate groups (and even some insurers); and they would result in tens of millions of uninsured Americans.

Whatever your personal feelings about the ACA, if you’re in the industry, the repeated (and failed) attempts at Republicans’ seven-years-long promise to kick over the healthcare sandcastle President Obama built likely have your head spinning.

So how did we get here?

It’s impossible to get a glimpse into the machinations of someone else’s mind — and therefore presumptuous to even try — but it does seem that Republican lawmakers felt the freedom to yell the loudest about repeal and replace when they knew there was no chance of passing it under the Obama administration. Now that they have the requisite majority … well, some GOP leaders, at least, are hearing their constituents and deciding that it’s not easy being mean.

It’s said that the point of knowing history is to help us avoid repeating mistakes. Looking back on the Republican efforts to yank healthcare away from millions and fulfill their repeal and replace vow, however, it seems they took a page out of the “try, try again” playbook instead.

Although it might feel like seven years to patient advocates working hard to protect the ACA, the first enthusiastic stab at Obamacare repeal came just a mere seven months ago, with the House’s American Health Care Act (AHCA).

This one kept in place the popular protection for people with pre-existing conditions (unlike some of its successors), and though analysis by the Congressional Budget Office (CBO) revealed that it would slash Medicaid spending by $880 billion by 2026, leaving 14 million Americans in the healthcare lurch, in May it passed the House by 217-213.

The passage was marked by the (premature and much-criticized) photo-op in the White House Rose Garden, with a giddy Trump and Paul Ryan, et al., toasting the places they’d go now that they had achieved repeal liftoff.

The Senate kicked off summer with its take on repeal: The Better Care Reconciliation Act (BCRA) of 2017.

A notable difference between the BCRA and the AHCA was that it would have swapped the AHCA’s individual mandate (which insurers like because it guarantees healthy people on the rosters) with a requirement for continuous coverage: if an individual experienced a lapse in coverage of more than 63 days in the year prior, they would be forced to wait for six months before applying for coverage. (The AHCA dealt with lapsers-in-coverage by levying a one-year premium penalty on them.)

And yes, this one also came with vigorous cuts to Medicaid. The CBO said Medicaid would’ve suffered a $756 billion loss overall, and 22 million people would have been left uninsured by 2026.

Senator Ted Cruz tried to add appeal to the BCRA with his amendment, the “Consumer Freedom Option.” This would have allowed insurers to offer plans with skeletal coverage as compared with ACA requirements, providing those insurers also made bronze, silver, and gold plans available as well.

Perhaps unsurprisingly, the amendment wasn’t any more popular than the senator himself. The BCRA gasped its last breath at a vote of 43-57.

The Obamacare Repeal Reconciliation Act (ORRA), an exact copy of the bill that made it through Senate in 2015 only to be vetoed by President Obama, was briefly resuscitated. However, it died (again), this time by a 45-55 vote.

Had it lived, it would have increased the number of uninsured Americans by 32 million. A straight repeal bill, it sought to do away with many taxes and penalties associated with the ACA, premium tax credits to make insurance more affordable, and the coverage requirements of the ACA.

Then came the Health Care Freedom Act (HCFA), more widely known as the Skinny Repeal. Although the CBO wasn’t given enough time to score it, it was said to be similar enough to its predecessors in cuts to Medicaid and the reversal of the individual mandate to safely posit that tens of millions of people would be left uninsured should it pass.

The skinny? No one seemed to be a true fan of the bill, even Republican senators who said they’d vote for it. Their prevailing wisdom was to send it to the House and hope it could undergo reconstructive surgery there.

And recess descended upon Washington and lawmakers went home for the break and everyone said that marked the end of Republicans’ attempts at repealing the ACA, which, by that time, had been enjoying heretofore unheard of popularity…

…and everyone was wrong.

Enter the Graham-Cassidy Bill, thought to stand a good chance at passing — no, not because it was substantively different from its predecessors, since by failing to protect pre-existing conditions, it was even worse — but because Republicans would be voting under the budget reconciliation period and therefore only needed 50 yeas.

Indeed, the “we’ve got to pass something” bill gained momentum as lawmakers tried to speedily shove it over the finish line and as every medical association you can think of (and even late-night comics) re-mustered the energy to emphatically take a stand against it.

In a statement, she said: “Sweeping reforms to our health care system and to Medicaid can’t be done well in a compressed time frame, especially when the actual bill is a moving target.”

She added that the Graham-Cassidy Bill would “open the door for states to weaken protections for people with pre-existing conditions, such as asthma, cancer, heart disease, arthritis and diabetes.”

For now, at least, the ACA is the law of the land. But it would be naïve to think Republicans won’t be back to wake the sleeping giant of repeal (with or without replace) at some point, perhaps early 2018. It’s been said Republicans wouldn’t dare try to wrest healthcare away from voters in an election year, but by now informed guesses have been proven wrong often enough that ACA advocates won’t be relaxing anytime soon.