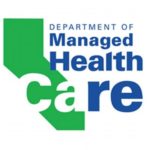 In recent months, California addiction treatment programs have been inundated with audits and investigations and forced to deal with delays in payments from private healthcare insurers, including Health Net, Cigna, Anthem, Blue Shield, Aetna, and UnitedHealth. These actions have had drastic consequences for many programs and their patients, including financial distress caused by widespread payment holds imposed by Health Net and in some cases announced closures of recovery facilities.

When healthcare insurers audit, investigate, and delay payment, they are required to comply with particular laws and regulations. Recent aggressive behavior by Health Net, Cigna, and other health plans has raised concerns that insurers are using allegations of fraud as an excuse for disregarding their legal obligations, to the detriment of treatment programs and patients in need of help. This makes it critical for treatment programs and their patients to assert their rights and make themselves heard with the relevant regulatory agencies – the California Department of Insurance (CDI) and, in most cases, the Department of Managed Health Care (DMHC).

In recent weeks, however, we have received reports  that this is not happening. CDI and DMHC appear to have received only a handful of complaints in connection with widespread investigations. It appears that many addiction treatment programs and their patients are electing to “suffer in silence,” rather than being vocal about their rights. This silence is unfortunate, and risks misinterpretation by government agencies.  It is essential that programs and patients assert their rights, not only directly in communicating with the insurers, but also by letting CDI and DMHC know when violations occur. CDI and DMHC can only hold health insurers accountable when they hear what is happening from reports “on the ground.” Below, we’ve provided some background on how and when to communicate with CDI and DMHC.

1.   Complaints to the Department of Insurance

CDI oversees all California insurance, including health insurance. (California is the largest insurance market in the United States and sixth in the entire world.) It is the largest consumer protection agency in the state, and processes consumer complaints, including misconduct by insurers. In recent weeks, we have heard reports that CDI is concerned by the behavior of large health plans and allegations that insurers are mishandling claims for payment and manufacturing investigations as a way to deny and delay payment. These practice raise concerns about mental health parity and discrimination against substance use disorder treatment particular; payment denials prevent access to care for patients who badly need care and threaten the continued existence of treatment programs that need payment to pay their staff, rent, and overhead in providing care.

If you are a program or a patient who has experienced unfair practices, it is helpful for CDI to know about it, so that it can get a better understanding of the scale of problems, in particular plan behavior that is preventing people who need treatment from getting it. Patients and programs wanting to express their concerns over the conduct of insurers may submit complaints to the Department’s Health Claims Bureau, by visiting the Department’s website at the following link:

We have included a model of what a patient complaint letter could include HERE. CDI typically will request completion of its own forms after submission of a complaint to provide further detail.

2. Complaints to the Department of Managed Health Care

DMHC is an independent state agency charged with policing health plans in their compliance with the Knox-Keene Act and protecting consumers’ health care rights. The Knox-Keene Act governs payment of claims by insured private California health plans and HMOs, excluding large employer self-insured plans, which are governed instead by federal law under ERISA. Some of the plans at issue may be regulated under the Knox-Keene Act, and for that reason patients and treatment centers should, in addition to submitting a complaint to CDI, also consider submitting a complaint to DMHC.

It is essential for treatment programs to understand their rights under the Knox-Keene Act and to communicate with DMHC when those rights are violated. California Health and Safety Code Section 1371 establishes timely payment requirements. In a nutshell, Section 1371 requires health maintenance organizations (HMOs) to pay claims within 45 working days unless the claims are contested. Non-HMO health plans have only 30 working days for the same purposes. Knox-Keene establishes interest-based penalties when uncontested claims are not paid in a timely manner.

When insurers assert that they have a legitimate basis not to pay, such as suspicion of fraud, abuse, or incomplete documentation to establish medical necessity, they are entitled to contest the obligation to pay the claim. DMHC requires each health plan to submit an annual report on its “antifraud” activities, as well any changes to its broader “antifraud plan”.  (Health and Safety Code § 1348.) In every case where an insurer is contesting a claim on the basis of fraud, abuse, or incomplete documentation, it is required to give notice on the same time frame that payment is due of the fact that the claim is contested and the specific reasons for contesting the claim, which must be reasonable and appropriate. Treatment programs should pay careful attention to whether notice of contest is given as well as the timing of any notice; the failure by insurers to give timely notice can translate into a waiver by the plan, requiring claims to be paid.

Treatment programs should also demand additional facts about the specific reasons for contest. Providers are entitled to know why their claims are being contested. California regulations provided that failure by an insurer to explain clearly why it is contesting claims at least 95% of the time over any three-month period constitutes an unfair payment pattern. (28 C.C.R. § 1300.71(a)(8)(F).) Insurers are required on the explanation of benefits (EOB) or remittance advice to provide the factual and legal basis for the contest and give notice of the provider’s option to seek review by the Department of Insurance (with detailed instructions) or to enter into the insurer’s internal dispute resolution process.  (Insurance Code §§ 10123.13, 10123.147.) (Although DMHC has also established its own Independent Dispute Resolution Process (IDRP), at this time, the IDRP process is limited in scope and does not apply to substance use disorder claims.) Providers may wish to consider whether utilization of CDI and internal review will be effective in pressuring insurers not to delay payment of legitimate claims merely by asserting fraud or abuse concerns.

Like CDI, DMHC is empowered to investigate health plans and determine whether they are engaging in bad faith in their claim processing practices. DMHC offers an online complaint process and toll free number (1-877-525-1295) for providers to complain about health plans, and accepts documentation in support of online complaints at:

By understanding and asserting their own rights and the responsibilities of health plans, addiction treatment programs are better able to serve patients and ensure their survival in a time of widespread conflict over the right to parity and reimbursement. In enabling CDI and DMH to understand the scope of the problem of nonpayment by insurers and to investigate insurer conduct,  programs and their patients can level the playing field and improve the chances for fair treatment by private health insurers.