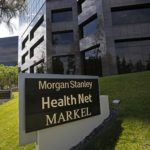 Health Net, one of California’s largest healthcare insurers, is no stranger to penalties or litigation. In 2007 it was fined $1 million for having in place—and failing to disclose to the California Department of Managed Health Care (DMHC)—an incentive program that rewarded employees with bonuses when they revoked policies. The following year, Health Net was sued by the Los Angeles City Attorney for the process of issuing policies to new patients after failing to review the applications, and only assessing medical history after claims were filed “so as to delay payment or cancel coverage.” And in 2013, DMHC again fined the insurer, this time for $300,000, and this time for violating regulations that require “parity” in the coverage of medical and behavioral health claims.

But last month, Health Net’s headaches got bigger as it became the target of a new lawsuit, one filed by Sovereign Health, a California-based behavioral health organization that specializes in substance abuse recovery. According to the lawsuit: “Defendants have arbitrarily, discriminatorily, and in bad faith refused to reimburse Plaintiffs for roughly fifty-five million dollars ($55,000,000) in medically necessary services that were rendered to hundreds of patients and covered by policies issued by Defendants.”

The tone of Sovereign Health’s complaint is scathing and emphatic and does not mince words. It alleges that Health Net “engaged in a disgraceful scheme to enrich themselves by backtracking on their insurance promises to recovering addicts and the mentally ill at the expense of providers who have devoted their professional lives to helping such individuals.” Sovereign Health seeks compensation and restitution for “baselessly” unpaid, rejected, or ignored claims, and alleges that Health Net has similarly wronged more than 100 other drug and alcohol rehabilitation treatment centers across California.

Attempting to demonstrate that this is not an isolated event and that Health Net is discriminating against drug treatment facilities, the lawsuit alleges that substance abuse therapeutic centers in Arizona have filed similar complaints against Health Net, and further, that a complaint signed by executives of 118 for-profit treatment centers in California has spurred an investigation into Health Net practices by the DMHC and the California Department of Insurance.

Routine letters to providers, or a too-broad “dragnet”?

Considering the accretion of criticism aimed at Health Net, perhaps the insurer brought more unwelcome attention upon itself when it sent form letters to dozens of California providers in January, expressing concerns with the legitimacy of some claims.

The letter went on to request documentation from the providers with the goal of proving that no improper claims had been filed.

It’s not unusual for insurers to require providers to buttress their claims with evidence. Indeed, the healthcare industry sees its share of fraudulent activity, and the addiction treatment niche is not immune to potential fraud. However, some healthcare representatives believe that Health Net’s audit was excessive.

“There are bad players in every industry, but this dragnet is too broad,” said Joan Borsten, a co-founder of the Malibu Beach Recovery Center and vice president of the Addiction Treatment Advocacy Coalition.

In March, Health Net sent similar form letters to rehabilitation facilities and also sent letters to patients, requesting proof that they had paid their deductibles, copays or coinsurance, and further, asking them to submit a copy of the state license for the treatment center they had attended.

Addiction Treatment Advocacy Coalition is a nonprofit group in Los Angeles representing for-profit treatment centers in the state. Its president, Stampp Corbin, had this to say in May, after the California Department of Insurance began its inquiry into Health Net: “Health Net has stopped payment for services already provided and it’s unconscionable. The net effect is some small facilities may go out of business if they had a high concentration of Health Net clients.”

The lawsuit: Will Sovereign reign supreme in court?

In the complaint, Sovereign Health in one breath anticipates an impropriety the insurer might accuse the provider of, and in the next breath refutes it and points the finger of impropriety at Health Net : “…at no point have Defendants suggested to Plaintiffs that the treatment services in question were not actually provided, because they obviously were. Instead, Defendants appear to be categorically refusing to pay, on impossible-to-pin down technical grounds, as a part of a general corporate strategy intended to stonewall and smear providers.”

It’s clear that no matter the progress the nation has seen in offering drug and alcohol rehabilitation to greater numbers of individuals, there is still a stigma attached to addiction and, therefore, to its treatment. Healthcare providers as well as patients often must fight that negative bias when providing or receiving care. Sovereign’s claim is that Health Net’s behavior extends beyond the bottom-line of payments wrongfully withheld to reach blatant discrimination:

“Defendants’ practices are also unlawful in that they violate the Mental Health Parity and Addiction Equity Act of 2008 (‘MHPAEA’). The MHPAEA is an antidiscrimination statute intended to ensure that coverage of mental health and substance abuse care (such as Plaintiffs provide) is in ‘parity’ with coverage of medical and surgical care.”

Health Net is the fourth largest insurer in California, after Kaiser Permanente, Anthem Blue Cross and Blue Shield of California. It was acquired in March for $6 billion by Centene Corp, an insurer based in St. Louis, Missouri.