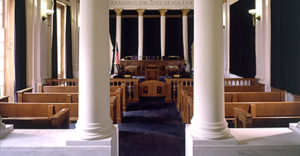 With the Affordable Care Act requiring all individuals to purchase health insurance, regardless of their income, greater numbers of people who have trouble making ends meet are buying plans than ever before. Anthony Wright, executive director of Health Access California, points to this fact as one reason there was a dire need for a measure that would protect consumers from the shock of a large medical bill when they had no reason to expect one.

Last week Wright and Health Access were among those pleased to see a bill that speaks to that very issue meet with overwhelming approval by the state legislature. The measure, which is expected to be signed by Governor Jerry Brown, would offer California residents protection against surprise out-of-network medical bills beginning in July of 2017.

Democratic Assemblyman Rob Bonta authored the bipartisan bill (AB 72) that limits patients’ payments to in-network cost-sharing when they are treated in in-network facilities. Because California already prohibits emergency physicians from balance-billing patients, the measure addresses only non-emergency treatment. (One exception, though: self-insured employer plans. AB 72’s stipulations won’t touch those because the federal Employee Retirement Income Security Act keeps them outside of the state’s umbrella.)

After much wrangling, Assembly passes bill on last day of session

Months of robust disagreements and difficult negotiations led up to the General Assembly passing the bill on the final day of the legislative session. Under the measure, healthcare plans would pay out-of-network doctors the plan’s average contracted rate or 125% of the Medicare rate, whichever is higher. Physicians will have the right to formally appeal via an independent (and binding) dispute resolution process, to be established by California’s Department of Managed Health Care.

(The success of this measure is perhaps all-the-sweeter when one considers the failed fate of a similar bill that would have paid out-of-network physicians 100% of the Medicare rate.)

Further, the bill places additional demands on healthcare plans to offer consumers sufficiently-populated provider networks. Narrow-network plans have been used by healthcare companies to control premiums. However, many physicians have persisted in not joining networks and billing patients for balances that plans didn’t cover when they felt the plans’ rates were inadequate.

The sticker shock that those out-of-network bills evoke have eroded public support of those narrow-network plans. A Consumers Union survey recently conducted discovered that 25% of California residents who underwent surgery or had hospital stays during the past two years were charged out-of-network rates although they had assumed their provider was in-network.

California: not the first to offer consumers this protection, but bipartisan success may serve as example to others

New York already had a similar law on its books, and Florida joined its company earlier this year with its own legislation. Georgia, Hawaii, Missouri, New Jersey and Pennsylvania are in the process of examining the issue or thinking about legislation. Industry insiders say that the enthusiastic acceptance of California’s bipartisan bill—and even more, the bill becoming law, which seems likely considering how confident insiders are in Gov. Brown signing it—could have a positive domino effect on support for anti-surprise legislation in other states.

“We understand that these are some of the strongest consumer protections in the nation,” Wright says.

Enough support to get it passed…but not unanimous support

Not every entity is throwing its weight behind the bill, however.

The California Association of Health Plans and the California Hospital Association were loudly silent on this issue when they ultimately failed to declare a position on the bill. Just last week, the California Medical Association took an outwardly neutral stance on the measure, yet also openly wondered about the possibility of the bill decreasing patient access to care. And groups representing anesthesiologists, cardiologists, and plastic surgeons remained in emphatic opposition to the bill.