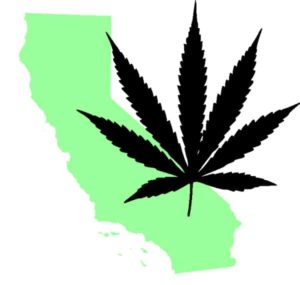 You don’t need to look far to see that California’s twenty-year-old medical marijuana industry has been growing steadily, and lately, by leaps and bounds. Indeed, with the recreational variety poised to also become available to adults 21 and over at the beginning of next year, it’s not hard to understand why experts predict that the state’s cannabis market will top $7 billion in the near future.

The hale cannabis prognosis isn’t without its growing pains, however. Critics have long bemoaned the fact that hard-and-fast, detailed regulations are essentially absent within the expanding marijuana marketplace. Recognizing that, in 2015 Governor Jerry Brown signed three bills (known collectively as the Medical Cannabis Regulation and Safety Act) that started the ball rolling in a regulatory direction. And last month, it gained momentum.

In late April the state’s Bureau of Marijuana Control released its proposed plan for regulating cannabis businesses, the first step in the Bureau’s attempt to create a “coherent regulatory framework for an established industry that has not been comprehensively regulated by the state.”

The proposed regulations speak to all aspects of the cannabis business, from licensing requirements to protocol governing day-to-day operations (such as the rule prohibiting a commercial vehicle containing a medical marijuana product from being parked in a residential neighborhood overnight).

The rules would go into effect on January 1, 2018, the same day recreational use becomes legal in California.

Regulations address many facets of the industry

Some of the rules included in the 58-page draft:

Individuals transporting marijuana from farms to dispensaries must be 21 or older and must not come to possess any of the marijuana that they transport.

Anyone intending to grow, transport, or sell cannabis for medical use will need to pass a background check and procure a license from the state’s Bureau of Medical Cannabis Regulation.

Dispensaries cannot operate earlier than 6:00 am or later than 9:00 pm.

A “track-and-trace” system will need to be employed by dispensaries so that they can oversee the products sold.

Edible marijuana products must not contain more than 10 milligrams of THC and must be sold in packaging that is both non-transparent and child-resistant.

A “major step” that still leaves “ a lot of uncertainty”

Hezekiah Allen is the president of the California Growers Association. In a statement, he referred to the proposal as “a major step toward a well-regulated cannabis industry,” but added that “there is still a lot of uncertainty.”

Lori Ajax is chief of the state’s Bureau of Medical Cannabis Regulation. For over a year, she and her team have been working on developing and crystallizing regulatory details for marijuana labs, retailers, distributors, and transporters. And their work has not been carried out in a vacuum; they’ve been attending stakeholder meetings across the state and listening to questions and concerns.

“The proposed licensing regulations for medical cannabis are the result of countless hours of research, stakeholder outreach, informational sessions and pre-regulatory meetings all across the state,” Ajax said. “And while we have done quite a bit of work and heard from thousands of people, there is still so much more to do.”

What to do with the money?

One potential sticky issue not addressed in the proposal is that of banking. California throwing its doors open to medical and recreational cannabis has of course had no impact on federal law, which still classifies pot as illegal (a Schedule I drug, along with heroin and LSD). Therefore, financial institutions – that must adhere to federal laws of their own – want nothing to do with cash earned in the cannabis trade, even if that business has been blessed at the state level. The state is currently studying this problem.

The recently-released draft will not be the only set of rules proposed to add rigorous oversight to the cannabis marketplace. California’s Department of Food and Agriculture is in the process of drawing up rules that address the practices of the thousands of marijuana growers across the state. Additionally, the state’s Department of Public Health is at work preparing nearly 100 pages of regulations that apply to manufacturers of marijuana products (such as edibles).

The draft is just that: a work-in-progress. To that effect, the state is planning four hearings on the proposed regulations, including one in Los Angeles on June 8th.