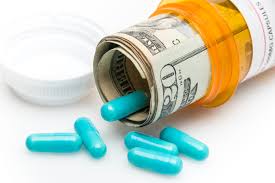 Essentially, the law comes down to the push for licensing and transparency requirements for pharmacy benefit managers (PBMs), as defined in the bill as “a person, business, or other entity that, pursuant to a contract or under an employment relationship with a carrier, health benefit plan sponsor, or other third-party payer […] manages the prescription drug coverage provided by the carrier […] including, but not limited to, the processing and payment of claims for prescription drugs, the performance of drug utilization review, the processing of drug prior authorization requests, the adjudication of appeals or grievances related to prescription drug coverage, contracting with network pharmacies, and controlling the cost of covered prescription drugs.”

The initiative would require PBMs to hold licenses under the state Board of Pharmacy, to demonstrate transparency to their “purchaser clients” (healthcare plans) by revealing information about costs of drugs and fees earned, and would include a stipulation in the Code stating that PBMs have fiduciary responsibilities to their clients.

Those latter pieces of the proposal will require more heavy lifting for the PBMs than the licensing stipulation. Fiduciary duties to another party demand ongoing, detailed activity, including the administrative burdens associated with full disclosures and regular reporting.

Some of the disclosure requirements proposed by AB 315 include the following monthly reports by the PBMs to their healthcare plan clients:

Although reporting requirements are not foreign to PBMs (under the Affordable Care Act [ACA], the PBMs that work with Exchange plans or Part D plans have disclosure stipulations), the frequency of the reporting under the proposed California initiative marks a contrast. And it’s unclear how the increase in frequency will prove especially meaningful to health plans, considering, for instance, that as a rule, rebates are only paid on a quarterly basis, and usually, nowhere near the point in time when the prescriptions are actually filled.

An interesting note is that the PBMs will only be required to report to the purchaser client health plan itself, not the consumer being covered by the health plan. And the transparency requirements will not provide any savings in medication costs for the consumer. Therefore, some experts opine that the initiative is more emblematic than pragmatic.

New York mulling over its own transparency bill

California’s bill is in some ways mirroring that of a proposal being considered on the country’s opposite coast.

New York Governor Andrew Cuomo released an initiative that would require a PBM to hold a license under the Department of Financial Services as well as register with the state. Additionally, the New York bill would require the PBMs to divulge any fiscal alignments impacting consumers or any enrichments received for the promotion of certain drugs. Cuomo has also said that he intends to establish cost ceilings for drugmakers.

CA opts for pharmacy board over insurance regulator

If AB 315 clears the necessary hurdles and becomes law, California will take its place alongside several other states that hold PBMs to licensing requirements. Like the majority of the states, California’s PBM license would be fee-based and require an annual renewal, as well as transparency in disclosing corporate managers, directors, stockholders and officers when applicable. Our state would be in the minority, however, in that it would not require the PBM licensure to originate with the Department of Insurance but rather, the Board of Pharmacy.

And within that criterion of Board of Pharmacy as PBM California regulating body, AB 315 would demand that PBMs notify the Board of “all pharmacists of the pharmacy benefit manager who are dispensing controlled substances, dangerous drugs, or dangerous devices to residents of this state.” However, because PBMs do not typically serve as prescription- or device-dispensaries (and the exceptions that do, maintain pharmaceutical licenses), the intended recipient of this condition is not immediately obvious.