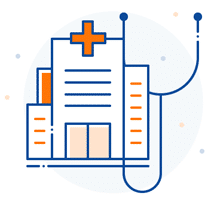 As of now, the Affordable Care Act (ACA) is still the law of the land. Incredibly, it has survived several GOP attempts to yank it, albeit narrowly. However, the Republican party is unlikely to drop the issue for good, especially considering Donald Trump’s Twitter harangues about what he perceives as Senate Majority Leader Mitch McConnell’s failure of leadership, and what must be pressure that Trump feels to pass some piece of legislation that makes good on at least one of his campaign promises.

The millions of people across the nation relying upon the ACA’s safeguard of coverage for preexisting conditions and other protections the law affords may have breathed a sigh of relief when Senator John McCain gave his dramatic thumbs-down on the Senate floor late last month. But that doesn’t mean industry experts are resting easy or believing the fight for ACA repeal has run its course.

Here in the Golden State, there has been talk of universal coverage via a single-payer system for quite a while. However, despite the state Senate passing a single-payer bill in June, so far it has not amounted to more than talk — Assembly Speaker Anthony Rendon (D-Paramount), referring to the measure as “woefully incomplete,” rejected it.

Brown balked at $400B price tag attached to single-payer bill

Governor Jerry Brown has not been against the idea in principle, but he has asked, “Where do you get the extra money?” And the “extra” money required by covering each and every California resident completely and totally (with no copays or deductibles, regardless of immigration status) would come out to around $400 billion per year.

But single-payer isn’t the only method of universal healthcare delivery, as U.S. Representative John Garamendi (D-Walnut Grove) has been saying for years. In a word, he believes the answer is Medicare.

And looking at Garamendi’s long history with healthcare and healthcare reform, one can’t accuse him of cavalierly spitballing when — like Vermont Senator and former presidential candidate Bernie Sanders — he espouses Medicare-for-all as the solution to the nation’s healthcare ills.

Garamendi’s political career began in 1974 when he was elected to the state Assembly. Following that post, he headed up the Health and Welfare Committee in the state Senate and later won the first election for state insurance commissioner. He worked on a measure to develop a commission dedicated to creating a universal healthcare program. Although the bill was rejected by Governor Pete Wilson, the nuts and bolts of Garamendi’s plan were used in President Clinton’s unsuccessful universal healthcare push in the ’90s.

In an op-ed piece in the Sacramento Bee, Garamendi, 72, wrote: “Medicare is one of our most trusted and popular government programs. For more than 50 years, Americans have trusted Medicare to provide care to the elderly and disabled, funded by the payroll taxes of American workers…. Medicare spending rises at a much slower rate than private insurance…. It could be modified and expanded to cover more people…. It is an idea whose time is coming.”

What about the popular point made by the detractors of Medicare-for-all, that it amounts to socialized medicine? The numbers are on Garamendi’s side there, and paint a powerful picture: Around 75 million low-income Americans are currently on Medicaid; roughly 46 million senior citizens and 9 million individuals with disabilities are Medicare enrollees; approximately 22 million government employees (local, state, and federal), as well as over one million members of the military, are covered by some form of government healthcare. In all, this adds up to nearly half the country’s population, people already relying on the government for healthcare — covering everyone under Medicare doesn’t feel like such a stretch when looked at through that lens.

Garamendi sees it as “by far the simplest solution” to reaching universal healthcare coverage for the country at large, though he recognizes it will not be realized under the Trump administration and with a GOP majority in the House and Senate. That may mean that Garamendi has to defer the reality of the dream he’s long fought for, but he’s not deferring the fight itself.