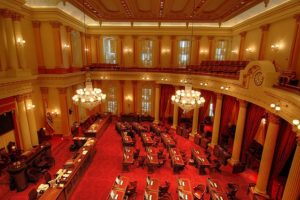 In the medical field, the issue of how much to disclose and to whom isn’t only relevant when it comes to patients’ protected health information. What about in the case of physicians under probation for serious behavior that violates their license? It’s understandable that they’d probably rather not voluntarily share that information with existing or prospective patients. Certainly, they’d rather not draw patients’ attention to facts that may be public knowledge, but that most people don’t think to dig for.

And one can imagine scenarios where patients might benefit from knowing certain salient details about their practitioners. The question is: who bears the responsibility for arming patients with that knowledge?

Last month a state Assembly committee sided with physicians regarding that hypothetical either/or situation when it blocked an initiative that would extend the operations of the California Medical board … all because the bill included a new provision that would require doctors on disciplinary probation to inform all patients, not just the ones who happen to inquire.

A tiny fraction of physicians, but the potential for harm nonetheless

On any given day, the number of physicians on probation for serious medical license violations (like sexual assault, drug abuse, and criminal convictions that relate to the discharge of medical care) averages around five to six hundred. When one considers that there are over 130,000 licensed physicians in California, the number of serious violation probation issues may feel too slight to worry about from the public’s perspective. But five or six hundred doctors will obviously directly impact many more than five or six hundred patients in all. And how many people would feel comfortable visiting or sending a loved one to one of the relatively few physicians on probation for substantive violations?

The California Medical Association strongly opposes the provision that would require doctors under disciplinary action to inform patients of the violation, even though the number of physicians impacted by the restriction represents 0.3% of all licensed doctors in the state. The existing law requires the Medical Board to make public — via the Internet — the facts of physicians on probation (as well as information about the revocation, suspension, or limitations on medical licenses). It also requires the Board to share the information with the public if/when an individual inquires.

The bill proposed that, in addition to the aforementioned online and inquiring-public requirements, the information dissemination should be taken a step further so that there’s no question about whether or not patients are aware of the physician’s disciplinary status.

To directly disclose or not to disclose? To be continued…

If the state Legislature does not vote to continue its operations, the Board will cease functioning. Therefore, it’s likely that the Legislature will revisit this thorny issue following this month’s recess.