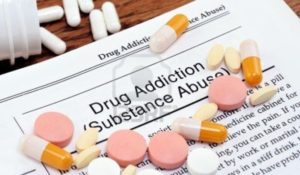 The United States Congress is considering a measure that would levy a tax on prescription opioid drugs with the goal of creating a fund earmarked for preventing and treating opioid addiction. A one cent per milligram tax, it would be charged to opioid manufacturers, producers, or importers.

But California isn’t merely waiting for Congress to consider the initiative presently before it; the state has its own proposal to consider to address the opioid epidemic here at home.

California Assemblyman Kevin McCarty (D-Sacramento) has introduced a proposal to tax businesses that manufacture and wholesale opioids at the first point of sale, with the same one cent per milligram ratio outlined in the federal measure. The tax revenue would be funneled to state programs for preventing and treating the opioid epidemic. The state initiative won’t pass unless it receives a two-thirds majority vote later this month. Legislative reviewers have not yet released an analysis of the proposal’s fiscal details.

Although the California Department of Public Health (CDPH) reports that opioid overdose fatalities have “leveled off” since 2009, the epidemic still rages. The department reported over 2,000 deaths in the state in 2014 (which is a rate of 3.5 per 100,000). And ER admissions related to opioid poisoning or overdose “have continued to increase steadily,” with more than 4,000 in the same year; the bulk of those visits involved prescription opioids specifically.

Despite the reported leveling off that might be taken for good news on its own, the CDPH states that some counties are seeing fatality rates due to prescription opioids that are “two to three times higher than the national average.”

The national opioid crisis doesn’t end at the prescription category of the drug, however. The CDPH discusses one unanticipated side effect of widespread prescription painkiller abuse: heroin addiction and overdoses. Individuals addicted to prescription opioids sometimes shift to less expensive heroin. Deaths related to heroin overdoses are not following the leveling off trend that the department reports regarding other opioid drugs, but rather “have continued to increase steadily by 67% since 2006.” In 2014, California’s fatality rate attributed to heroin was 1.4 per 100,000.

Regardless of how the statistics are analyzed, the CDPH acknowledges the unquantifiable nature of the human loss in a statement on its website: “As the most populous state in the country (38.8 million residents as of 2015) the raw number of individuals affected by improper prescribing and misuse is substantial.”

Assemblyman urges: “We must do more…”

Referring to people caught in the opioid addiction cycle and finding themselves without a way to receive treatment, McCarty said, “We must do more to help these individuals find hope and sobriety. This plan will provide counties with critical resources needed to curb the deadly cycle of opioid and heroin addiction in California.”

However, support for the state bill is far from unanimous. The Pharmaceutical Research and Manufacturers of America (PhRMA), for example, is a staunch opponent. The national trade association that represents drug manufacturers says that their industry is already suffering from a disproportionately heavy tax burden. It also points out that the U.S. Drug Enforcement Administration (DEA) already has a system in place for regulating opioids. PhRMA objects to the bill’s “narrow focus on one sector or aspect,” rather than on the bigger-picture lens the association opines the issue demands.

The possibility of a similar tax on opioids is at present under consideration by the Alaska State Legislature.