California’s End of Life Law, One Year Out: Is It Working? 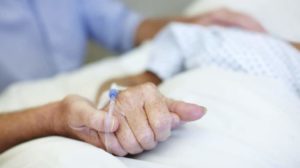 California enacted its aid-in-dying law in June of 2016, and now, one year later, patients, advocates, opponents, and healthcare professionals have opinions about whether the law in action matches the intention that spurred it.

The prerequisites for California residents availing themselves of the End of Life Option Act are clear: they must be at least 18 years of age, have been given the medical prognosis of six months — or less — to live, and must exhibit mental competence and decision-making ability, as well as the ability to naturally ingest and give themselves the drug (typically a lethal dose of the sedative Seconal, or a drug that stops the heart in conjunction with a sedative; costs range from around $600 per dose to $3,500 per dose).

Beyond those markers that qualify or disqualify patients from receiving that lethal prescription, though, the law stipulates an initial process that can prove exceedingly difficult to adhere to for individuals with rapidly degenerative or progressive diseases.

The End of Life Option Act requires that patients must make requests for the prescription to two independent doctors, and they must wait 15 days between those requests. Not only can finding a participating physician prove onerous (the law does not require doctors to assist patients in ending their lives), but the waiting period —and the additional decline that occurs — can push a patient out of the required spectrum of self-administering ability.

And for those terminally ill patients who don’t have friend or family support in undertaking the heavy lifting of searching out physicians, making contact, and asking questions, the protocol as a whole might feel impossible.

The state is set to release its first mandated report at the end of the month, which will include statistics on how many physicians and patients participated in the law.

Ahead of that report, the advocacy group Compassion & Choices has used numbers from its Doc2Doc program (as well as stats from Oregon’s 20-year history with its own right-to-die law) to predict that the Golden State has prescribed around 1,500 lethal drug doses to terminally ill patients, with a two-thirds fill rate.

The Doc2Doc program connects California physicians with peers in states where end-of-life laws have been in effect for a longer duration; according to Compassion & Choices, there were at least 500 patients in receipt of the medication over the last year in California. What is unknown is how many of those individuals self-administered the drugs.

One California physician willing to participate in the End of Life Option Act is the primary care doctor Lonny Shavelson, based in Berkeley. Over the last year, his office received more than 300 requests for lethal prescriptions. Many of those patients’ home locations put them out of reach for Dr. Shavelson. A total of 64 individuals met the law’s qualifications, but of those, 27 of them died either before they could finalize a date to ingest the medication, or because the 15-day waiting period was long enough that they lost the cognition required to consciously and knowingly self-administer the meds.

On the other side of the conversation from Compassion & Choices and Dr. Shavelson is the group Californians Against Assisted Suicide, opponents of the law. Tim Rosales, the group’s spokesperson, calls it “bad policy.” He believes patients should be required to receive mental health counseling before being given the end-of-life medication.

Further, Rosales is wary of other people’s potential motives in helping friends or family end their lives over a terminal illness and those people having access to the patient. Citing what he sees as another gap in the legislation, he told The Mercury News that “there’s no requirement that somebody who stood to gain financially from that individual’s passing could not be involved in the process.’’