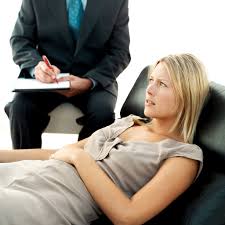 According to federal data, $201 billion healthcare dollars were spent in the U.S. in 2013, much more than was spent on cancer or heart disease.

Despite the money spent, though, there are still holes in the system. The National Institute for Mental Health reports that over eight million adults have bipolar disorder or schizophrenia, and in any given year, roughly four million go untreated. In 2012-2013, around 64% of youth suffering from major depression did not receive treatment, as well as 57% of adults with mental illness overall (this according to the Substance Abuse and Mental Health Services Administration).

It’s clear that something needs to be done. And ironically enough, some positive change might be effected by a lame-duck Congress.

“We have to do something…”

“There are 959 deaths every day related to mental illness—suicides, overdoses, homicides, mentally ill homeless people dying prematurely,” said Rep. Tim Murphy (R-Pa.), a psychologist who is the lead sponsor of the House bill. “Under any other circumstance, we would consider that an epidemic that would panic us. We have to do something.”

Although lawmakers are ready to pass a comprehensive package of mental healthcare reform during the 20-day lame-duck session following the general election next month, the question remains of whether they will have time, considering the other major issues on the table (for instance, the Trans-Pacific Partnership trade agreement).

Enactment of legislation last summer to address the opioid addiction plaguing the nation has laid some groundwork for this mental healthcare reform. Advocacy groups are expressing optimism that the Senate will join the House in approving bipartisan legislation to bump up spending for mental health treatment and substance abuse prevention and overhaul the government’s mental healthcare endeavors.

“I remain optimistic because we’ve talked to the leadership in both parties in the House and Senate, and they want to make this a priority,” said Paul Gionfriddo, CEO of Mental Health America, a coalition of mental health advocacy groups. “Even if it doesn’t pass this time, we’ve laid good groundwork for next year.”

The Obama administration introduced measures to increase access to and funding for mental healthcare, among them the Affordable Care Act’s requirement that health plans cover mental healthcare; Medicaid expansion under the ACA; a law underwriting innovative mental health centers in eight states; and a law requiring equal coverage for behavioral and physical healthcare. The legislation currently pending would build on these efforts, as well as others.

The legislation that passed the House (422-2) in July and paved the way for the current push for mental healthcare improvement is the Helping Families in Mental Health Crisis Act. Some provisions of the Bill are:

• The establishment of a new assistant secretary position, one for mental health and substance use disorders; the person occupying this role must be a mental health professional, and s/he will lead federal mental health policy
• The allowance of Medicaid billing of health, mental health, and substance use disorder services provided on the same day in the same care facility
• The granting of permission to state Medicaid managed-care programs to pay for short-term admissions in acute-care behavioral health facilities and psychiatric hospitals
• The strengthening of local crisis-response systems so that patients in psychiatric crisis will receive help earlier
• The support of a range of programs that focus on suicide prevention and screening, early diagnosis and early intervention for mental illness in children
• The offering of grants to create psychiatric inpatient bed tracking
• The training of first responders, corrections officers and law enforcement in how to effectively assist individuals with mental illness

Richard Frank is a professor of health economics at Harvard University who served in a top Health and Human Services (HHS) post in the Obama administration. He notes: “There’s been more done for mental health in the last eight years than there has been since 1972. The new legislation will continue the momentum.”

While the Senate’s Mental Health Reform Act contains some overlap, it is not as comprehensive as the Helping Families in Mental Health Crisis Act. However, advocates for the Senate bill note concurrence between both bills and believe the chambers can achieve accord if Congress prioritizes it.

Much too little done too slowly?

Despite recognizing the pending legislation’s steps in the right direction, advocacy groups and mental healthcare providers say grant funding would increase by only modest amounts, and therefore much more money needs to be directed toward training mental healthcare professionals and the expansion of behavioral health services overall.

Some experts see the legislation not as a self-contained panacea, but as an opening door for the government to step through and begin innovating when it comes to preventing and treating mental illness.

“It would lay a nice foundation for building a better system of care that we all expected to happen decades ago,” Gionfriddo said. “I’d love it if things moved quicker; but we didn’t get here overnight and we’re not going to get out of here overnight.”