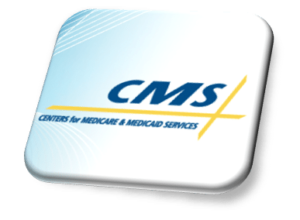 A Medicare recovery audit contractor (RAC) combs through records at medical offices and hospitals to identify instances of the government paying out more than it should. The Centers for Medicare and Medicaid Services (CMS) rewards RACs with a contingency fee each time an excess payment is located.

It’s not hard to imagine why healthcare practitioners have complaints: providers say that the RAC program holds up payments—sometimes for years, depending on the appeals backlog—and adds an administrative burden for practitioners and staff.

But despite the fact that physicians and hospitals aren’t welcoming them, it doesn’t appear that the controversial RAC program is going anywhere: CMS has recently awarded five new program contracts.

CMS announced that longtime contractor CGI Group will not be returning to the fold. Performant Recovery, Cotiviti, and HMS Federal Solutions will be new contractors for CMS.

“CGI opted not to bid on the most recent Recovery Audit procurements and instead focus on CMS opportunities more aligned with its business model,” said Alison Hallett, CGI’s vice president of U.S. communications. “We continue to provide recovery services to our clients and remain committed to helping government and private sector organizations around the world mitigate against fraud, waste and abuse.”

Despite unpopularity with providers, RACs recoup big bucks for the government

Regardless of how little healthcare practitioners may like having RACs around, the auditors have brought in substantial sums for CMS. According to the agency, they’re responsible for retrieving $8 billion in payments that allegedly shouldn’t have been made since 2009.

Although Medicare’s contracts with the current vendors were scheduled to expire in early 2014, they were extended more than once over some technical issues. During this extension period, CGI filed a suit over a change in how RACs are paid.

In the past, RACs would receive payment within a 45-day window from job completion. The new protocol is for RACs to be paid only after a provider’s challenge has made it past the second of a five-stage appeal process.

(Providers often appeal RAC decisions; reaching the protocol’s second level can take at minimum four months but in some cases can drag on for more than a year.)

Claims-review timeline shrinks dramatically, and RACs are to focus on certain hospitals

Emily Evans is a legislative analyst at Obsidian Research Group tracking Medicare’s RAC program. She says that a likely reaction to the shift in payment protocol is that RACs will submit proposals with contingency rates around 20%, instead of the current rates of 9%-12%.

The new CMS-RAC contracts reflect other notable changes as well:

Now RACs must adhere to an audit timeline put forth by CMS in May of last year: RACs can only review inpatient claims that are, at most, six months old. Before now, RACs were allowed a three-year window in which to examine claims.

Furthermore, the CMS has decided not to allow RACs to be the first to investigate short patient claims. Rather, quality improvement organizations will be the first set of eyes on those claims and after that will refer to RACs for possible payment modification. RACs would be steered to hospitals that show high percentages of denied claims.