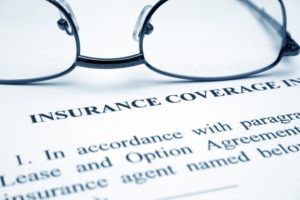 When individuals become eligible for Medicare and/or Medicaid, the next logical step is enrollment. However, a practice impeding that flow is allegedly occurring frequently enough that federal regulators have begun investigating—the practice of healthcare providers steering patients away from Medicare and Medicaid and toward private Affordable Care Act (ACA) insurance plans.

The Centers for Medicare & Medicaid Services (CMS) has put out a request for information (RFI) that asks the public to come forward with cases of providers inducing Medicare- and Medicaid-eligible individuals to enroll in ACA insurance instead. Although an individual Exchange plan is likely a more lucrative prospect for the provider (since reimbursement rates are generally higher than government-funded insurance, sometimes substantially higher), the CMS warns of “potential harm” for the patient, including changes in prescription medication coverage, disruption in coordination of care, change in provider network, and loss of dental care for some Medicaid patients.

Beyond adversely impacting the individuals directly involved, the push to move patients to private plans “may harm other enrollees in the individual market single risk pool, and potentially raise overall health care costs,” according to a letter from CMS’s Center for Program Integrity to Medicare-participating dialysis providers, the main focus of the investigation at this time.

Last month UnitedHealthcare of Florida Inc. and Blue Shield of California filed lawsuits alleging that dialysis providers cost the insurers millions of dollars when they nudged Medicare- or Medicaid-eligible patients away from government insurance. The plaintiffs argue that this practice further burdens the already over-burdened finances of ACA insurers, thereby weakening the Exchange as a whole.  The issue of patient steering has also come up in the context of certain health plans’ denial of coverage for addiction treatment services to enrollees who travel to other states to receive their treatment.

Although concerns about government-eligible patients being maneuvered into ACA plans arose as early as the first Exchange enrollment period in November of 2013, the RFI and the investigative launch behind it represent concern converted into action. Those early “significant concerns” zeroed in on instances of marketplace patient premiums offset or paid by charity groups or the providers themselves, revealing the type of profit providers stood to collect even after accounting for ACA premiums. This triggered government guidance that encouraged “issuers to reject such third-party payment,” not only for the potential harm the practice could present to individuals, but also over the fact that it “could skew the insurance risk pool and create an unlevel field in the Exchanges.”

The cautionary language of the RFI puts it in a spectrum much stronger than one of encouragement, specifying the corrective and disciplinary measures at CMS’s disposal. The agency is exploring changes to Medicare and Medicaid enrollment rules for providers, the levying of civil money penalties for failing to provide accurate information when enrolling consumers in ACA plans, and possible changes to regulations that would permit individual plans to limit provider payment to Medicare maximums for certain services.

Lest providers assume that the investigation is solely limited to a single agency, the CMS demonstrates its resources and its reach: “CMS is also working closely with federal, state and local law enforcement to investigate instances of potential fraud and abuse, as well as collaborating with private and public health plans on provider fraud in the Healthcare Fraud Prevention Partnership.”

The RFI letter further directs providers’ attention to section 1882(d)(3) of the Social Security Act, which threatens imprisonment of up to five years and/or civil money penalties for anyone knowingly selling an individual already receiving Medicare and/or Medicaid benefits insurance coverage that duplicates those government benefits.

“CMS is committed to ensuring that the interests of the consumers are put first. We expect our providers to do the same.”

The CMS is emphatic in its position that only individual consumer need should drive insurance choice:

“Individuals should receive health care services from the appropriate program or plan, and individual market risk pools should not be interfered with by inappropriate steering of consumers who otherwise should be receiving care through the Medicare and/or Medicaid programs.”

The RFI requests receipt of all comments prior to September 22nd.