Congress to HHS and MedPAC: Expand Access to Genetic Testing 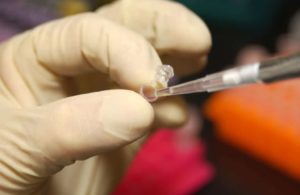 Genetic testing is one of the most cutting edge fields in the healthcare industry. However, there are obstacles that prevent it from being widely available to patients.

The congressional letter requests that HHS and MedPAC initiate studies to determine how the government might further the availability of genetic testing for patients. Specifically, the congressmen and congresswomen ask that the HHS collaborate with the National Academy of Medicine to accomplish the following goals:

In addition, the congressional appeal asks that MedPAC initiate its own study in order to:

Letter asks the federal government to do more

The letter acknowledges the “nearly limitless opportunities to implement better diagnosis and treatment methods, enhance patient outcomes, and reduce health care costs” that technologies developed through genomics research have afforded the healthcare industry. It also applauds the government for the recently passed 21st Century Cures Act and the ongoing funding for the Precision Medicine Initiative and Cancer Moonshot, examples of the government demonstrating its commitment to “medical innovation.”

However, the letter wouldn’t be an appeal if it didn’t point to where certain lacks exist.

The request describes the reality of many patients finding themselves locked out of the most cutting-edge medical treatments or diagnostic tools associated with genetic testing simply because their healthcare policies do not allow it (including coverage under Medicare and Medicaid). And when coverage does exist, obstacles like long wait periods and pre-approval requirements for genetic counseling often preclude patients from obtaining testing, or else get in the way of them comprehending the test results themselves and how those results might direct beneficial courses of treatment.

The members of Congress concede that many insurers are reluctant to pay for genetic testing in the absence of a “significant amount of data and their clinical utility.” But the letter further asserts the reality that genetic testing will not be considered a mainstream healthcare tool without greater insurance coverage. And the catch-22 corollary: the data that insurers seek is likely to continue to remain un-gathered as long as genetic testing is relatively infrequently used due to insurance exclusions.