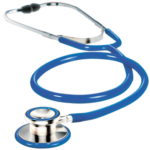 Odds are, the last thing you’re thinking about when you’re a patient headed into surgery is the cleanliness of the surgical instruments. However, that doesn’t mean the issue isn’t a critical one.

Dr. Kenneth Kizer is a professor at the University of California at Davis School of Medicine (and former CEO of the National Quality Forum), and he’s doing plenty of thinking about how contaminated medical tools can adversely impact patients. He notes that if a patient does pick up an infection during an invasive procedure, it can be difficult to locate the infection’s source. He calls the risk that unclean instruments pose “underappreciated,” one reason that dirty tools are not typically the initial target of finger-pointing after the fact.

With increasing complexity in surgical tools comes an increasing difficulty in the means to adequately clean them. But that shouldn’t let anyone off the hook.

FDA lays out regulations for equipment reprocessing…how often are the rules followed?

The job of “reprocessing” medical instruments (cleaning, disinfecting, and sterilizing for future use) is not tasked to one individual, but rather, to several people. And there are protocols for reprocessing set down by government agencies and infection control professionals, for instance. Deborah Kotz, a spokesperson for the U.S. Food and Drug Administration (FDA) notes that entities engaged in manufacturing surgical tools are responsible for adhering to those stipulations when they write cleaning instructions for their products.

Federal regulation requires that reusable medical devices include labeling with those instructions, and Kotz says that the FDA inspects those labeled instructions when it conducts regulatory reviews on the equipment. The FDA undertakes further assessment with some instruments when it gauges the manufacturer’s validation of the cleaning directions as well.

Recent FDA guidance encourages manufacturers to produce equipment that can be easily cleaned and disinfected. It further advises that reprocessing directions should be made “understandable” and should be “written in simple language to the greatest extent possible.” Not only that, but the government guidance suggests that reprocessing procedures should account for human variables like “actions requiring substantial dexterity or strength, good visual acuity, or familiarity with uncommon practices.”

Alas, wishing it—or even mandating it—doesn’t necessarily make it so.

Med tools designed for performance, not for ease in disinfecting

Jahan Azizi is a retired clinical engineer for risk management at the University of Michigan and also, an expert on cleaning medical instruments. He says that, despite the FDA regs, surgical instruments are becoming “impossible to clean.” He states that tools used in minimally invasive surgeries are exceedingly complicated, and when they’re in the design phase, the priority is not simplicity in cleaning.

However, when those same instruments are in the usable phase, the fallout for that difficult-to-disinfect complexity can be deadly. For instance, the duodenoscope is a flexible tube which is inserted down the throat, then through the stomach and into the small intestine. The scope’s design permits bacteria to remain even after a standard cleaning. As a result, more than 300 patients at 41 facilities between 2010 and 2015 contracted a deadly antibiotic-resistant bacteria because of unclean duodenoscopes, the FDA reports.

Dr. Kizer also has questions about the nexus of the increasing complexity of the tools and the people employed to clean them. He observes how today’s reprocessing protocol “would appear to require, or might benefit from, additional training and a level of detail that wasn’t required before, just because the technology has changed so much.”

There are approximately 50,000 central service technicians in the nation, individuals who reprocess, store, assemble, and prepare a wide range of medical equipment. The Bureau of Labor and Statistics reports that in 2015, the average annual salary earned by these professionals was $35,000.

Kizer adds: “I would question whether the wages and the training standards of these workers have kept up with the technology that they’re being asked to ensure the safety of.”

In late August, the Detroit News published physicians’ claims of dirty or broken (or even missing) surgical tools at the Detroit Medical Center (DMC). And though DMC doctors have allegedly been complaining about the unacceptable state of the equipment for more than ten years, now the state of Michigan and the Centers for Medicare and Medicaid Services (CMS) are investigating the claims.

The Detroit News obtained more than 200 pages of documents and emails regarding the alleged equipment inadequacies at DMC (which is a division of the Dallas-based Tenet Healthcare Corporation). Following the newspaper’s possession of those documents and the breaking of the story, Tenet CEO Joseph Mullany stated (in an internal memo) that the organization had not known of surgical-site infections traced back to its sterile-processing services.

Of course, as Azizi says (referring to the fact that few studies have addressed the true extent of the problem of unclean equipment in this country), “If you do not know something exists, you cannot fix it.”