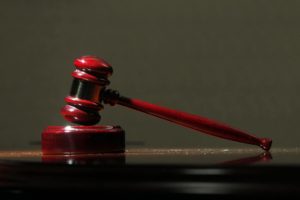 On May 4, DaVita Healthcare Partners agreed to pay $495 million to settle a whistleblower lawsuit accusing its largest division, DaVita Kidney Care, of deliberately wasting medicines in order to bilk Medicare out of millions of dollars. The settlement is believed to be the largest ever for a false-claims case in which the federal government declined to intervene. Since 2012, the Denver-based kidney dialysis company has paid out nearly $1 billion to settle three whistleblower lawsuits.

The latest lawsuit was filed in 2011 by former DaVita employees Dr. Alon Vainer and Daniel Barbir, who alleged DaVita dialysis clinics regularly overbilled Medicare and Medicaid between 2003 and 2010. According to the suit, the scheme revolved around clinicians who would use partial vials of the drugs Epogen, Venofer and Zemplar, dump the rest and then bill the government for the entire vial. For example, if a patient required 50 milligrams of a medication, doctors were instructed to pull the needed amount from a 100 mg vial and throw out the remainder. Meanwhile, Medicare would be billed for the entire vial.

According to the legal filings, the National Centers for Disease Control and Prevention recommended that doctors stop using medication vials for multiple doses in 2001 after an infection scare involving Epogen, which is an anemia drug. However, the CDC reversed its recommendation just a year later, allowing re-entry of single-use medication vials if certain guidelines were followed.

Vainer and Barbir originally filed their lawsuit under the False Claims Act in 2007. However, the government declined to join the case after a two-year investigation into their allegations, so the whistleblowers amended their complaint and filed a civil suit.

Whistleblowers enjoy strong government protection when making allegations under the False Claims Act. Defendants face penalties of up to $10,000 for each fraudulent claim, and the whistleblowers receive between 15 and 25 percent of whatever funds the government recovers. In cases where the government chooses not to intervene, whistleblowers are entitled to up to 30 percent of any settlement, meaning Vainer and Barbir could collect as much as $135 million for their part in the lawsuit.

Under the settlement agreement, DaVita will pay the government $450 million. They will also set aside $45 million to cover court fees. If the lawsuit had gone to trial, a jury could have forced the company to pay thousands of dollars for each false claim, or potentially every instance a patient received a dose of the drugs named in the lawsuit.

While it admitted to no wrong-doing, DaVita said it believed settling the case was the best way forward.

“Although we believe strongly in the merits of our case, we decided it was in our stakeholders’ best interests to resolve it,” said DaVita’s chief legal officer Kim Rivera in a statement. “The potential mandatory penalties for being found in the wrong in even a small percentage of instances were simply too large.”