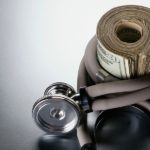 Cost doesn’t automatically equate with quality—or results—in healthcare. Case in point: according to the International Federation of Health Plans, women in this country are faced with the largest childbirth price-tag of any country across the globe. And yet a 2015 report by Save the Children ranks the U.S. 33rd out of 179 countries for maternal mortality rate (1 in 1,800). This ranking puts the United States behind every country that scored high marks for economic status and education.

Clearly there is much room for improvement in the care pregnant women receive in the U.S. as a whole.

With the exploration of how to increase quality care for pregnancy and childbirth comes the idea of payment-bundling, an approach touted by the Centers for Medicare and Medicaid Services (CMS) as a means to simultaneously control spending and boost standards of care. Bundled payments reimburse providers for the entire medical episode, rather than paying them by the visit. While bundling is gaining momentum with Medicare, it’s got a long way to go with maternity care, despite its many proponents.

Industry insiders acknowledge that before a significant nationwide shift can occur in the way maternal care is given and paid for, many thorny issues would need to be smoothed out.

Maternity care bundling carries with it promise, but obstacles, too

Jill Yegian is senior vice president of programs and policy at Integrated Healthcare Association, an organization based in Oakland, California that focuses on improving affordability and transparency in healthcare. She had this to say about the goal of bundled services for maternity care: “It’s absolutely a great potential direction to go in, but it’s not easy. The devil is in the details.”

Some of those key details are apparent upon first consideration of bundling for childbirth—notably, when should it begin? Which healthcare practitioners’ fees should be included? When should it end? Which services, exactly, should it include? Should prenatal care be covered in the bundle, or should it begin at delivery? And what about pregnancy type: should only high-risk pregnancies be covered under the bundled umbrella, or only low-risk (which tend to be more predictable in terms of cost)?

All healthcare payers aren’t enthusiastic about the bundled approach

Even when and if all those questions are agreed upon to the point where a bundled model can be proposed, getting insurers on board is another major hurdle, as the Pacific Business Group on Health knows firsthand. The group is a coalition of employers based out of San Francisco, and had been developing a maternity pilot program that would expand from a blended case rate (covering only the delivery) to a comprehensive bundle that would pay for prenatal through postpartum care.

According to Brynn Rubinstein, senior manager of the Pacific Group’s Transform Maternity Care program, health plans and hospitals were unable to come to an agreement on reimbursement figures, causing some of the negotiations to grind to a halt entirely, a case of the bottom line impeding the finish line.

Although Pacific Group’s blended case-rate pilot is currently underway at three hospitals, the full bundling expansion is not seen as a near-future reality. Rubenstein predicts that for bundled care to gain real traction in maternity care, “it has to come from a larger regulatory push.”

However, that “push” is not as foreseeable in maternal care as it may be in other sectors of healthcare, as the CMS’s experiments with bundling reflect. Because Medicaid is a joint federal-state program, it is not able to mandate maternity bundling nationwide in the same manner that Medicare (which provides coverage for the elderly and disabled) has implemented for certain non-maternity procedures.

A call for innovators and creative thinkers

But in light of the fact that Medicaid is a major payer of U.S. maternity and newborn healthcare (in 2010, it paid for nearly half of the country’s births), the push to contain spending and improve quality—despite the many questions still unanswered and a lack of consensus among payers and providers—will likely only intensify.

“We don’t know the best approaches,” said Carol Sakala, director of Childbirth Connection Programs at the National Partnership for Women & Families. “It’s a time of great innovation and creativity.”

For more information/questions regarding any legal matters, please email [email protected].com or call 310.203.2800.