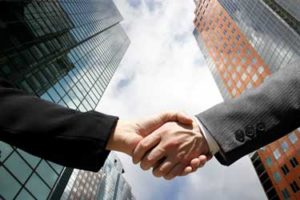 Breaking up may be hard to do, but it doesn’t seem to be any easier for insurance companies (especially if their relationship was contentious in the best of times).

Earlier this month, a federal judge blocked a proposed $54 billion merger between healthcare giants Anthem and Cigna, saying it would weaken market competitiveness and therefore in all probability result in price hikes for consumers.

But the judge’s ruling didn’t mark the end of the antagonistic spirit between the long-time rivals (and, in light of their history, unlikely partners in some respects).

The Connecticut-based Cigna has filed a lawsuit against Anthem, seeking $13 billion in damages, in addition to the $1.85 billion “breakup fee” that the deal already provided for. Cigna is claiming its shareholders have been harmed. It further alleges that the merger agreement was “willfully breached” by Anthem in a manner that sabotaged the likelihood of it getting approved.

Cigna’s lawsuit, filed in the Delaware Court of Chancery, also asks for a judgment that declares it lawfully terminated the merger agreement, thereby preventing Anthem from extending the deal through the end of April as it had announced it would in January, prior to the court’s ruling.

In response, Indianapolis-based Anthem released a statement asserting that Cigna lacks the right to sever the agreement, and therefore the insurer’s “purported termination of the merger agreement is invalid.” Also, Anthem accused Cigna of trying to undermine the deal all along.

Anthem seeks restraining order to hold Cigna to the contract

The day after Anthem’s statement, it announced it was pursuing a restraining order against its would-be merger partner to prevent Cigna from backing out of the deal.

In its press release, Anthem said: “Anthem believes that there is still sufficient time and a viable path forward potentially to complete the transaction that will save millions of Americans more than $2 billion in annual medical costs and deliver significant value to shareholders.”

Anthem further outlined its criticism of Cigna’s behavior around the proposed merger in a press release, accusing Cigna of working with the Department of Justice to find evidence that Anthem had violated the insurers’ contract; slowing down what was to be an expedited review of Anthem’s appeal of the judge’s ruling; and illustrating its lackluster commitment to the merger by keeping some key executives in the dark about the agreement.

Despite all the contention between the two insurers, Anthem reported that it still wants the merger to become reality. To that effect, it has filed a notice to appeal the federal judge’s decision to block the proposed merger.

“Elephant in the room”: ongoing disharmony among CEOs

Indeed, the contentious relationship between the industry titans played a part in U.S. District Court Judge Amy Berman Jackson’s ruling. Her decision notes that Cigna provided testimony and evidence that countered Anthem’s prediction that the merger would benefit shareholders and save consumers money.

And that testimony rankled Anthem, at least at the time of its February 15th press release; Anthem cites the judges order to make its point:

It doesn’t take a leap of the imagination to predict that the healthcare giants will not settle this on their own and therefore will have more courtroom hours in their future.