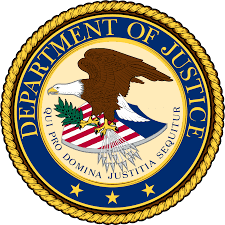 Earlier this year a complaint was unsealed that revealed that the U.S. Department of Justice (DOJ) had added its might to a False Claims Act lawsuit when it joined a whistleblower against two of the named insurance company defendants. The government had already been investigating Minnesota-based UnitedHealth Group for five years by that point (the relator brought the action in 2011). Now the DOJ is expanding its investigative reach to include the examination of additional insurers named in the suit in question.

In the qui tam case United States ex rel Benjamin Poehling v. UnitedHealth Group, Inc., et. al., the relator alleges that healthcare giant UnitedHealth Group (along with several other defendants) bilked the government out of millions of dollars through manipulating risk adjustment reimbursement in order to present Medicare Advantage Plan patients as sicker than they were in actuality. UnitedHealth Group has more Medicare Advantage enrollees than any other insurer. The complaint alleges that the defendants received “hundreds of millions—and likely billions—of dollars” as a result of fraudulent practices.

The DOJ joined the whistleblower and intervened against UnitedHealth Group and WellMed Medical Management, Inc., but opted not to deal with the other defendants.

Last week the DOJ filed a “Corrected Notice of Election” in court to assert its intention to investigate at least four of the other insurers named in the case. The court papers stated that—its earlier decision to limit its focus to two insurers notwithstanding—the DOJ “has been conducting, and continues to conduct, on-going investigations” of defendants other than the previously spotlighted UnitedHealth Group and WellMed.

What does this broader level of scrutiny mean?

At this point, there is no way to know whether the DOJ will decide to find these other insurers liable in the alleged fraudulent activity. The government made it clear that it will not be able to come to a decision about the additional defendants’ culpability regarding False Claims Act breaches until the ongoing investigations are complete.

If the DOJ decides to go beyond investigating these insurers and join the whistleblower to intervene against them in court, it will file papers to that effect in mid-May.

And what might this level of scrutiny mean for other Medicare insurers?

Clearly the DOJ is not turning a blind eye to claims of fraud; nor is it taking fraud lightly when it discovers reason to investigate. Clearly proactive internal reviews by healthcare insurers are key in avoiding or putting an end to fraudulent behavior that would make an organization a target of government investigation. Those reviews should examine methods of auditing claims as well as the structure of financial incentives for providers and employees.

And more specifically, it is the RAF-HCC (Risk Adjustment Factor-Hierarchical Condition Categories) process that is being scrutinized in the Poehling case and therefore insurers need to be sure their RAF-HCC protocols are compliant. HCCs are grouping of diagnoses that have commonalities in that they will likely require similar medical resources. Every HCC is weighted and contributes to a patient’s risk score.

The complaint alleges that the defendants misrepresented patient risk scores to boost Medicare Advantage payments; the allegation is that UnitedHealth alone increased its revenue by $100 million in this fashion.