EHRs Lag Behind Science; Where Does That Leave Patients and Providers? 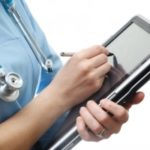 Although it’s tempting to look at the fact that approximately 95% of physicians currently use electronic health records (EHRs) as proof that EHRs are keeping pace with the science of healthcare, that’s not the case. Medical research has raced ahead of electronic record-keeping, most notably in the area of human genome discoveries, and the disparity between science and technology has perhaps never loomed wider.

Chris Callahan, vice president of the Cambridge, Massachusetts-based Genelnsight, describes today’s healthcare IT infrastructure as “simply genomic unaware.” In other words, the current set-up of EHRs offers no means for including genetic data, essentially leaving the science of genomic research floating in the ether when it comes to using it with patients.

With that said, though, the reality is that many practicing physicians wouldn’t have a need for—or perhaps even a thorough understanding of—genomic data, and therefore wouldn’t have a reason to electronically record it. In that sense, EHRs’ limitations may reflect the limitations of the medical establishment regarding genomic information in general. To broadly illustrate the staggering complexity of the field of genome study through a numbers-picture: there are roughly three billion characteristics in every human’s genomic code, and there are three million distinctive variants per person.

Enakshi Singh is a senior product manager for genomics and healthcare for the Palo Alto software company SAP. “General practitioners aren’t equipped to understand the three million characteristics that make each individual unique,” she says.

As a genomic researcher, Singh is particularly interested in the academic uses for improved EHR functionality, and she’s spearheading Stanford School of Medicine’s attempts to apply genomic data at patient point-of-care. “The interoperability win will be when patients can seamlessly add data to their EHRs,” she notes. “But at this point, today’s EHR systems can’t handle genomic data or wearable data streams.”

However, the overwhelming scope of genomic data facing physicians and the limited functionality of EHRs won’t dampen patients’ desire to know more about themselves through their genes’ coding. When the first human genome sequencing was rolled out in 2000, it came after more than a decade of work and a $13 billion price tag. But now a genome can be sequenced for a “mere” $1,000, a cost which suddenly places finding out about personal genetic predispositions within reach of many consumers.

Despite major advances, a broad frontier of knowledge

What consumers might not realize, though, is that the frontier for genomic medicine is incredibly wide. Referring to the three million variants, Singh says, “we only know a fraction of what that means. When we talk about complex diseases, it’s an interplay of multiple different characters and mutations and how it’s related to environment and lifestyle. Integrating this hasn’t evolved yet.”

Singh is taking part in an effort to create software that rapidly interprets novel data streams. And the hospital clinic at Stanford is working on a genomic pilot program that would allow practitioners to refer patients for a “swab and sequence.”

Still, the challenge of bringing this into point-of-care service is a major one, namely, how to link clinical data and sequences that have shown to play a part in pathology, and how to develop medical opinions based on profile information.

“They will work the process and curate it, filter down what’s not important and go down the list related to symptoms,” Singh describes. “This replaces searching through databases. What we have done is to create a prototype app that automates the workflow and create a field where workflow is streamlined for interpreting more patients.”

Although medical research has leapt ahead in the last decade, EHRs remain virtually unchanged from when the Office of the National Coordinator for Health Information Technology rolled out the EHR interoperability plan in 2004. However, the Office has not been unaware of or indifferent to the steadily widening disparity.

Jon White, MD, deputy national coordinator of the ONC, states that it’s time for a new perspective on the role EHRs can play in precision medicine. “What we need to do is bring reality in with our vision,” he says. “It’s not just science, but the IT infrastructure that supports it.”

And ultimately, White—as Singh does—brings the discussion back to the goal of how this meshing of science and technology can prove useful to the patient: