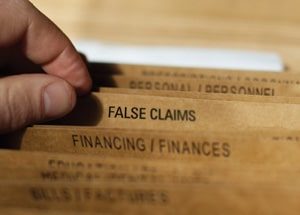 Tom Price has recently been confirmed as Secretary of Health and Human Services (HHS). Although it’s too soon to know whether he will make major changes in the agency, if statements he made during his Senate confirmation hearings in January have a predictive flavor, he will likely shift the Centers for Medicare and Medicaid Services’ (CMS) focus on the issue of medical necessity when determining claims payment.

He said that CMS regulators should concentrate on monitoring the billing practices of “bad actors in real time” (as opposed to expending relatively high effort in prepayment audits). Additionally, he lauded that of-the-moment vigilance in rooting out overt fraud as preferable to “trying to determine whether every single incident of care is necessary.”

Although Price’s comments followed a recent Tenth Circuit Court decision regarding the False Claims Act (FCA) and therefore couldn’t have been a factor in the ruling, it’s easy to mistake U.S. District Judge Jill Parrish’s decision as preceding the then-nominee’s statements.

The procedures in question are closures known as patent foramen ovale (PFO). In a small segment of the population, the opening in the heart separating the upper chambers does not naturally close after birth. For most of these individuals, the condition does not cause overt symptoms. However, in some cases, they do have a higher likelihood of stroke than the rest of the population because the opening can act as a channel for a blood clot to travel to the brain.

Sorensen operated on patients with this condition, performing PFO closures. Polukoff, relying on medical society recommendations, argued that these procedures were medically unnecessary and therefore the defendant violated the FCA when he billed federal healthcare agencies for payment.

CMS did not have a National Coverage Determination (NCD) in place that would provide guidance around when PFO closures would be deemed  “reasonable and necessary” regarding Medicare payment.

One of the hospitals named as defendants had created PFO closure guidelines more than five years ago, specifically noting that it was appropriate to consider the procedure in the case of “patients with a single well-documented significant stroke or systemic emboli in a high risk patient who has been comprehensively evaluated for alternative cause of embolic stroke.”

This prerequisite required documentation proving stroke or embolism, as well as verification by an independent neurologist. Because Sorensen allegedly did not adhere to the hospital’s rules regarding PFO closures, the hospital eventually suspended the doctor’s medical privileges. (Sorensen carried on with PFO closure procedures at the second hospital up until his retirement.)

Judge Parrish stated the bulk of relator Polukoff’s argument rested on the premise that the “defendants represented to the government that the PFO closures performed by Dr. Sorensen were medically reasonable and necessary and that this representation was objectively false.” But the court noted that “opinions, medical judgments, and ‘conclusions about which reasonable minds may differ cannot be false’” and therefore could not meet the “objectively false” standard demanded by an FCA claim.

Ultimately, the court ruled that Polukoff was not able to show that the defendants “knowingly made an objectively false representation to the government that caused the government to remit payment” for these PFO procedures and therefore dismissed the relator’s case with prejudice. In addition, the judge noted that the medical society recommendations used by Polukoff to buttress his case were not relevant because CMS is not held to industry standards when it makes payments.