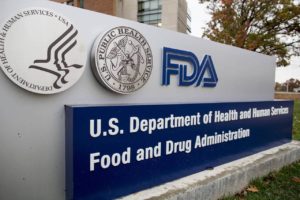 Some recent healthcare news should give the estimated 2.7 million to 3.9 million Americans diagnosed with hepatitis C (HCV) a reason for optimism: the introduction of the first drug to treat all types of HCV in an eight-week timeframe. Mavyret (manufactured by AbbVie) has now been approved by the U.S. Food and Drug Administration (FDA) for adult patients without significant cirrhosis.

The FDA reported the trial data that showed that ­after treatment with Mavyret for eight, twelve, or sixteen weeks, HCV patients’ blood tests twelve weeks’ post-treatment were absent evidence of the virus in the vast majority of cases (92% to 100%). In other words, these patients were considered cured.

Although the hepatitis C virus typically causes no symptoms in its host for years — sometimes decades — when left untreated, hepatitis C can result in liver failure or liver cancer. In some cases, the patient will die without a liver transplant.

Prior to the medical advancements achieved in the last few years, treatment for HCV involved twelve months’ worth of injections and oral medications that caused severe flu-like side effects and resulted in only around a 50% cure rate. Also, earlier drugs did not treat all types of the disease, or all stages of disease progression. In 2013 a new oral treatment was rolled out by Gilead Sciences that had cure rates soaring to over 90%, and after only three months’ dosing.

Perhaps because Gilead’s product was the only one of its kind at its roll-out, the price tag was astronomical: over $90,000 for a course of treatment. Government health programs and insurers therefore only extended coverage to individuals whose health conditions placed them in the sickest category of HCV patients. (Merck & Co. now also has an HCV product, and Gilead has a total of four.)

Mavyret (which is a combination of two drugs: glecaprevir and pibrentasvir), on the other hand, is said to do better than Gilead’s drug protocol in reducing both time and cost.

Chicago-based AbbVie says that Mavyret will effectively treat the virus in only eight weeks, and for $26,400. It is a once-a-day oral medication (delivered in three pills) that uses a duo of direct-acting antiviral agents that serve as protein inhibitors, thereby interfering with the virus’ replication. The most common side effects reported were nausea, headache, itchy skin, and fatigue. (Patients who had hepatitis B in the past should not use Mavyret, since the drug can trigger a reoccurrence of that virus.)

Edward Cox is the director of the Office of Antimicrobial Products in the FDA’s Center for Drug Evaluation and Research. In a statement, he said, “This approval provides a shorter treatment duration for many patients, and also a treatment option for certain patients with genotype 1 infection, the most common HCV genotype in the United States, who were not successfully treated with other direct-acting antiviral treatments in the past.”

“Patients, physicians and payers are likely to embrace” this new drug

Evaluate Pharma told Endpoints News that it expects sales of Mavyret to reach $1.3 billion in five years. Still, despite the appeal of a shorter regimen and lower cost, AbbVie is the new kid on the block when it comes to HCV treatment, and Gilead isn’t planning on going anywhere.

Endpoints cited Leerink analyst Geoffrey Porges’ memo to investors: “Patients, physicians and payers are likely to embrace Mavyret given the drug’s profile and excellent clinical data, and this approval and the subsequent market share encroachment are a key part of our cautious stance towards Gilead’s stock. Conversely, for AbbVie, this pricing means that the revenue contribution from Mavyret is likely to be limited, and largely consistent with our existing forecast.”