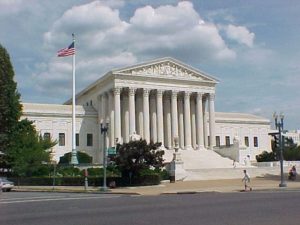 The multiple attempts by Republican leadership in Washington to repeal the Affordable Care Act (ACA) — all failed until this week — have finally yielded some fruit, however unpopular that fruit may be.

From the House’s American Health Care Act (AHCA) in May to the Senate’s Better Care Reconciliation Act (BCRA) last month, to unnamed tweaks to the BCRA by Senate Majority Leader Mitch McConnell (R-Ky.), it was clear the Republican votes just weren’t there, so voting was scrapped altogether. Just last week it was widely believed that the Senate’s latest attempt to pull the plug on the healthcare law of the land was officially dead, at least for the time being.

And yet, the GOP dream of erasing President Obama’s signature legislation had new life breathed into it on Tuesday and now is the closest it’s ever come to reality.

Sen. McCain returns to D.C. to throw his weight behind repeal debate

Tuesday was a dramatic day in the Senate. Republican Senator John McCain (Az.), returning to work after undergoing brain surgery just last week, received a standing ovation from his colleagues … and then went on to cast his yea vote to bring the House bill that would dismantle the ACA to the floor of the Senate for debate.

…all with an eerie background of “Kill the bill!” and “Shame!” chanted by bystanders in the visitors gallery.

Quite literally, the ACA has never been more popular than it has this month.

While voting to engage in a debate might seem innocuous enough, experts are saying that this vote rings a death knell for the ACA. With Republican control in the House and the Senate, and with Trump seemingly pressured and pressing to finally make good on at least one of his campaign promises — however overwhelming the broad opposition outside of the White House — it’s unlikely that the ACA will survive now that the door to the formal and time-limited debate on healthcare has passed the Senate vote.

Debate itself is ill-defined, with Senators ill-informed

One problem is that it’s unclear what — exactly — the Senate will be debating. And further, there won’t be much time given for meaningful debate: McConnell is pushing for a vote this week, even though what will be voted on is, by and large, unknown by most (late Tuesday the BCRA was voted down, which was not surprising).

Considering that healthcare is one-sixth of the nation’s economy, that it affects millions of people perhaps more personally and directly than any other legislation, and that scores of individuals, businesses, and organizations have vehemently opposed dismantling the ACA, it is highly unusual that something of this magnitude should be so strikingly rushed, especially without suitable specifics in place.

And if Republican leaders remember their vociferous complaints about the ACA being inappropriately sped along at the time by Democrats (a process that included many months of open, bipartisan debate), they aren’t saying.

What’s next for the ailing (but currently popular) ACA?

One theory is that Senate leaders will try to pass what’s known as a “skinny bill,” a measure that strips the ACA of some elements immediately and pushes to a future date a discussion of how to reposition the GOP scalpel over the public’s healthcare. Despite Republicans confidently talking about replacing the ACA for more than seven years, it became clear this spring that they hadn’t worked out a viable substitution, at least not one with math rooted in reality. Passing a skinny bill now would buy them time to draft something that they hope would appeal to the majority of the House and Senate.

If reports circulating at the moment prove true, the skinny bill would focus on rolling back the ACA’s mandates, most notably, the individual mandate that slaps people with a penalty for failing to purchase health insurance. This would destabilize the market; many younger, healthier individuals would not buy insurance if it weren’t mandated, and coverage rosters would suddenly be disproportionate with consumers having costly medical needs. This, in turn, would result in soaring premiums … perhaps even prohibitively expensive. Industry experts refer to this as “the death spiral.”

Because Republicans proposed a measure similar to this skinny bill two years ago (one that President Obama vetoed), the Congressional Budget Office (CBO) had a chance to score it (which isn’t the case for every closed-door, rushed proposal GOP leaders have animated so far this year). The CBO said that repealing the ACA’s individual mandate would result in 15 million more uninsured Americans and premiums 20% higher.

Although lately some conservative Republicans have criticized the CBO, saying that the score is an exaggeration, experts inside the industry put a great deal of stock into the office’s analytic projections. And to echo that, insurers have been bumping up premiums for 2018 because they fear the loss of the individual mandate that would assure health plans a reliable — and profitable — base of healthier insureds.

In addition, the skinny bill would undo a tax levied on medical device manufacturers, and would put an end to the ACA’s requirement that employers provide health coverage for their employees.

However, the skinny bill would not impact Medicaid, which every other GOP proposal before now would. Those earlier iterations dramatically slashed funds to the safety-net program that was expanded in many states under the ACA and therefore was responsible for tens of millions of new enrollees (four million more in California alone). And the fact that Medicaid would be spared — at least for now — leads many to believe that the skinny bill will be an easier pill to swallow for moderate Republicans who had balked at previous repeal efforts.