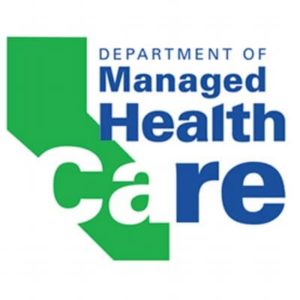 Despite a state law passed last year that advocates for patients having access to timely care (the law requires health insurers to keep their provider directories updated and accurate), a new report by the California Department of Managed Health Care (DMHC) reveals that a whopping 36 of the 40 insurers reviewed had directories showing massive in-network physician discrepancies. (Those insurers may have fines levied against them because of the inaccuracies.)

California law stipulates that if they are seeking urgent care, patients must be able to secure doctor appointments within 48 to 96 hours of the medical event. Further, appointments with primary care physicians must be made within 10 business days and specialist visits within 15.

But what happens when patients can’t find in-network practitioners when they need them? And also, what happens when patients believe they are seeing an in-network physician and only discover after medical bills are accumulated that that wasn’t the case at all? (Under the new state law, plans must reimburse patients who paid out-of-network healthcare fees when misled by inaccurate insurer provider directories.)

The DMHC report may be the latest evidence to hit the presses, but the problem is not necessarily a new one. Anthem Blue Cross and Blue Shield of California both were slapped with fines in 2015 after the DMHC found that the insurers were responsible for exaggerating the numbers of participating physicians available to consumers. (Anthem was fined $250,000 and Blue Shield $300,000.)

And yet, both those insurers are in the penalty box once more.

Frustrated state regulator: “It was a mess.”

Blue Shield had over 4,300 inaccurate names in its in-network primary care physician directory for patients (which amounts to an error rate of around 22%), and Anthem Blue Cross had a discrepancy of more than 8,100 primary care doctors (an approximately 36% error rate).

UnitedHealthcare, the country’s largest health insurer, had even higher discrepancy numbers in DMHC’s report: over 9,100 primary care physicians in the provider directory shouldn’t have appeared there (a discrepancy rate of 45%). Cigna had over 8,500 names on their provider list erroneously (a 36% inaccuracy rate).

Shelley Rouillard is the director of the DMHC. In an interview with California Healthline, she said, “I told the CEOs it looks to me like nobody cared. We will be holding their feet to the fire on this. I am frustrated with the health plans because the data we got was unacceptable. It was a mess.”

And under the umbrella of a different type of inaccuracy, the DMHC reported that Aetna tallied the same cardiologists over 160 times in one county, thereby exaggerating the number of participating specialists by around 2,300, or 82%.

The discrepancies were indirectly uncovered when state officials were in the process of reviewing annual reports submitted by the health insurers: two sets of provider lists would be included with those reports, one used during the calendar year (this list would assess how accessible care was to patients), the other a year-end summary. What officials discovered was that often the two lists had many substantial incompatibilities.

Rouillard acknowledged that provider directories tend to experience fluctuations over time, and therefore relatively small differences from the first list to the year-end list are expected. However, she said that the dramatic instances of discrepancies between the lists for the vast majority of the health plans caused the question about whether or not patients had access to a reasonable pool of physicians to be an unanswerable one.

Senator Ed Hernandez (D-West Covina), the chairman of the Senate Health Committee and the sponsor of the initiative that requires insurers to be held accountable for accuracy of provider information, had this to say about the discrepant insurers as revealed in the DMHC’s report: “Their inability to accurately document which providers are in their networks raises serious questions about the reliability of these networks.”

Mismatched lists not always the case: the short list of insurers complying with state law