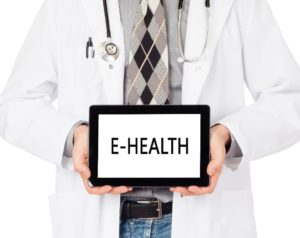 Telemedicine has been a boon to healthcare, especially in rural or underserved areas. However, one of the impediments to a broader implementation is the issue of licensure. Typically, providers can only see patients (including remote visits) in the state in which they are licensed. And obtaining new licenses is often laborious and slow. But a new pathway that would allow physicians to offer telehealth services across state lines has opened up. It’s not without its own obstacles, though.

The Interstate Medical Licensure Compact (IMLC) was first organized in 2014 by the Federation of State Medical Boards (FSMB). Currently, 22 states hold membership in the compact. The IMLC didn’t open its proverbial doors to participation in the healthcare world at large until April of this year, at which time the 17th member state green-lighted legislation necessary to implement telehealth services beyond its own borders.

The majority of physicians seeking multi-state licenses will be eligible

The IMLC is an agreement between member states and medical and osteopathic boards within those states. It allows physicians licensed in member states to fast-track the process for licensure in other member states, as long as they are eligible (the IMLC estimates that 80% of doctors satisfy the eligibility criteria).

An aspect of the compact that no doubt appeals to regulatory state bodies is that the compact does not strip individual states of the right to oversee practitioners that hold licenses in their jurisdiction, and this includes the cases of complaints and punitive measures.

Despite the promising number of states already in the compact in its relative infancy, it’s not necessarily smooth sailing from here on out. There is a current block in the road, and one you might think of as unlikely when you think of telemedicine: the Federal Bureau of Investigation (FBI).

Jon Thomas, MD, is the chairman of the commission that oversees the IMLC. He told mHealth Intelligence that this spring the FBI informed member states that they didn’t automatically hold the authority to conduct background checks on physicians. Rather, they first must build certain language into an “enabling statute,” an amendment that the FBI would ultimately need to approve. The reason for this extra red tape is the fact that in 1973, criminal background checks were ended for private organizations and shifted to federal jurisdiction. (The IMLC’s overseeing commission is considered a private entity.)

Since the FBI’s notice, seven states have drafted legislation that satisfied the agency; the remaining ten member states where implementation is live are able to complete license requests in the absence of those criminal background checks.

More states will undoubtedly be joining the IMLC as time passes (for instance, Tennessee, which has the legalities in place but will not be activating membership until 2019). However, the FBI roadblock is giving at least one state pause. Although Pennsylvania had already signed on to the compact as a member, Governor Tom Wolf informed the State Board of Medicine in March that he would delay his state’s live participation until the background check sticking point is resolved to his satisfaction.

The compact is not without critics

Not every state plans to join, however. Some, like Ohio, have voted no. Criticisms of the compact include the idea of medical boards having the power to determine who is eligible to offer telehealth services in the state, as well as the complaint that membership would result in new, complex bureaucratic hoops to jump through.

The IMLC is certainly a work-in-progress, and there are the requisite rolled-up sleeves at the commission, which is in line to receive the second installment of a three-year quarter of a million dollar grant from the Health Resources and Service Administration (HRSA). An executive director for the IMLC is expected to be hired soon. And an IT-administration framework is currently being put into place.

Of the $700 IMLC application fee, $400 goes to the compact commission, and the remaining $300 to the state’s medical board.

The member states where IMLC is live in some form are: Alabama, Arizona, Colorado, Kansas, Idaho, Illinois, Iowa, Minnesota, Mississippi, Montana, Nebraska, Nevada, Utah, West Virginia, Wisconsin, Wyoming, and New Hampshire. The states that have joined the IMLC but have delayed implementation are: Maine, Pennsylvania, South Dakota, Tennessee, and Washington.