Interstate Telehealth Licensing on the Horizon for Nurses 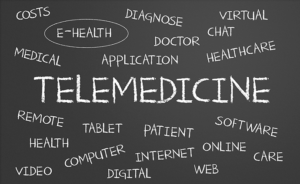 Although there are still some federal knots to be untangled, the Interstate Medical Licensure Compact for physicians went live in April. Twenty-five states have joined the compact that allows doctors to apply for multistate licenses to practice telehealth, though only a handful are currently processing applications due to crossed wires with the FBI over the legality of accessing criminal records for background checks.

Physicians aren’t the only healthcare practitioners afforded the opportunity to hold telehealth licenses that cross state lines: in the early part of next year, nurses will be as well.

The National Council of State Boards of Nursing (NCSBN) launched the Enhanced Nurse Licensure Compact (eNLC) in 2015, but set a minimum number of ratifying states as a prerequisite for the compact going live. North Carolina’s entry into the compact last month as the 26th state met that baseline, which allowed the NCSBN to announce a starting date for the eNLC’s opening day: January 19, 2018.

After North Carolina Governor Roy Cooper approved his state joining the eNLC last month, the president of the NCSBN and executive director of the Texas Board of Nursing Katherine Thomas, MN, RN, FAAN made this statement: “We have made great strides in unlocking access to nursing care across the nation and are thrilled to begin this process. Even as we work on implementing this first phase our efforts continue to aid other states in passing eNLC legislation so our ultimate goal of having all 50 states in the compact is realized.”

More than two dozen member states in the compact so far

To date 26 states have entered the compact, which means that when the eNLC goes live, registered nurses (RNs) and licensed practical/vocational nurses (LPN/VNs) will be able to submit applications for licensure to practice telehealth in one of the following states:

The original NLC was created to assist nurses in working across state lines. The eNLC focuses on telehealth, notably on “the growing need for nurse mobility and clarification of the authority to practice for many nurses currently engaged in telenursing or interstate practice.”

There are four states that as of yet won’t be joining the eNLC, but they’ve got at least part of a horse in the race. Colorado, New Mexico, Rhode Island and Wisconsin have already approved the original NLC, though have not approved the eNLC. Therefore, nurses in those states won’t be permitted to practice telehealth in one of the 26 eNLC member states. Conversely, a nurse licensed in one of the eNLC states would need to apply for a separate state license to practice in one of the four NLC-but-not-eNLC states.

What sets the eNLC states apart from the others is that nurses in eNLC locations only have to worry about a single set of licensing standards (including fingerprint-based criminal background checks) when they apply for a multistate telehealth license.

However, despite telehealth’s expanding availability and popularity, not everyone in the nursing field is applauding the eNLC. For instance, Minnesota is one of the states opting not to join the compact. The Minnesota Nurses Association (MNA) has so far stood in opposition to the NLC and the eNLC.

Laura Sayles is a government affairs specialist for the St. Paul-based MNA. Earlier this month, she explained her group’s opposition to the compact in an interview with the Daily Nurse: “The big umbrella issue for us is patient safety. We believe that having a license in the state where you’re actually working so that you understand the scope of practice is very important for protecting patients and working to the best of your ability.”