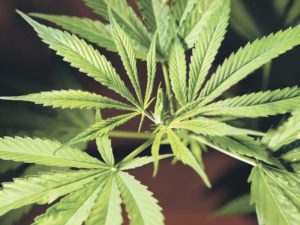 The Golden State might feel worlds away from Washington, D.C., but the Department of Justice (DOJ) under the Trump administration has got to be, at the very least, striking uncertainty in the minds of legal cannabis operators here at home. Attorney General Jeff Sessions has not concealed his animus toward marijuana, despite its increasing ballot-expressed popularity across the country. Indeed, comments like “good people don’t smoke marijuana” might lead one to believe that Sessions loathes the state-sanctioned variety as much as he does the illicitly-obtained sort.

Still, Sessions has the reality of federal law buttressing his personal distaste. Despite more than two dozen states having legalized recreational and/or medical cannabis, marijuana remains a Schedule I drug at the federal level, along with the likes of LSD, ecstasy, and heroin. This thorny state-federal incompatibility presents a variety of hurdles for state cannabis operators, such as the inability to use banks for their businesses. And, more unpredictably and disconcertingly, the thought of being targeted by the Drug Enforcement Administration (DEA) isn’t all that far-fetched.

Therefore, with the knowledge that the head of the DOJ is gunning for their leafy livelihood, a recent ruling in San Francisco might allow medical cannabis growers to heave a sigh of relief, at least for the time being. U.S. District Judge Richard Seeborg of the Northern District decided to stay the federal prosecution of two Humboldt County medical cannabis growers; his decision hinged on a provision in a bill addressing federal budgetary issues, and is said to be the first ruling of its kind.

In 2012, DEA agents raided a remote 200-acre farm in Humboldt County owned by Anthony Pisarski and Sonny Moore, uncovering more than 300 marijuana plants, around $200,000 in cash (some of it hidden), bars of gold and silver, and guns. Although the men claimed the harvest was intended for nonprofit collectives, they pleaded guilty to the federal charge of conspiracy to manufacture and sell marijuana.

What eventually proved to be a game-changer for the defendants was the Rohrabacher-Farr amendment. Co-authored by U.S. Rep Dana Rohrabacher of California (R-Costa Mesa), the amendment to a federal appropriations bill is intended to protect states from federally-funded prosecution when they enact legislation that permits the cultivation, distribution, possession or use of legal marijuana. Already extended a number of times by this point, Rohrabacher-Farr is currently in effect, and will be through the end of next month.

The Rohrabacher-Farr amendment was put under the legal microscope in 2016 in the 9th U.S. Circuit Court of Appeals (U.S. v. McIntosh, 2016 DJDAR 8484). The court acknowledged that the amendment did preclude cannabis prosecutions from being fueled by federal dollars, but it didn’t wipe away the possibility of prosecution altogether. Defendants were to be allowed evidentiary hearings, the McIntosh decision stated, for the purpose of ascertaining whether or not their operations adhered to state law.

The defense for Pisarski and Moore argued that, because the grow operation was aligned with state regulations, the prosecution was prohibited from earmarking federal funds to try the case. Seeborg concurred, writing: “Their conduct strictly complied with all relevant conditions imposed by California law on the use, distribution, possession and cultivation of medical marijuana.”

Additionally, Seeborg wasn’t ready to label the cash and weapons discovered by the DEA as proof of criminal activity, saying they could be “equally consistent with the operation of a rural, cash-intensive enterprise.”

However, any celebration may have to be the short-lived variety. Seeborg qualified his decision by stating that the prosecution is enjoined “until and unless a future appropriations bill permits the government to proceed. If such a bill is enacted, the government may notify the court and move for the stay to be lifted.”

Are legal cannabis operators and “dangerous drug traffickers” of the same ilk?

Unsurprisingly, Sessions isn’t content to let his fiscal power be curbed in the fight against his foe marijuana. In May of this year, he penned a letter to leaders in Congress, requesting that they send the Rohrabacher-Farr amendment up in smoke.

“I believe it would be unwise for Congress to restrict the discretion of the department to fund particular prosecutions, particularly in the midst of an historic drug epidemic and potential long-term uptick in violent crime,” Sessions wrote. “The department must be in a position to use all laws available to combat the transnational drug organizations and dangerous drug traffickers who threaten American lives.”

Congressman asks: Whose life is it anyway?

“This is a signal that hopefully will go totally across the country — that federal prosecutors should stop wasting their time and start focusing on real criminals,” Rohrabacher told the LA Times. “My conservative friends like Jeff [Sessions] need to look themselves in the mirror and say, ‘We don’t like these people smoking marijuana, but they do have a right to do it because it’s their lives, not the government’s.’ ”