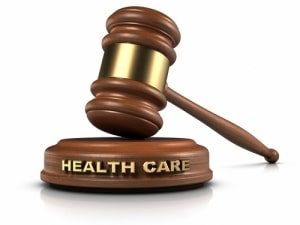 A recent jury award against a manufacturer of medical devices is remarkable not only for its size (one of the largest in the realm of healthcare products), but also considering its size in light of the fact that no actual injuries have yet been reported due to the faulty product. If device manufacturers aren’t heeding this as a cautionary tale that challenges the notion of “no injury, no foul,” they should be.

Filed in Los Angeles in October of 2014, Bahamas Surgery Center, LLC vs. Kimberly-Clark et al, is a class-action suit that included hundreds of California hospitals and medical facilities. It alleged that the Kimberly-Clark Corporation (along with its affiliate, Halyard Health, Inc.) engaged in fraudulent and deceptive behavior when it assured buyers that its MicroCool Breathable High Performance surgical gowns were effectively impermeable and therefore offered protection against serious infection and disease.

Earlier this month, an 8-person jury awarded the Plaintiffs a whopping $454 million in damages after a two-week trial. The verdict was unanimous.

Kimberly-Clark introduced the MicroCool Breathable surgical gowns in 2012, touting them as adhering to the strictest level of liquid impermeability (Level 4), a designation of the Association for the Advancement of Medical Instrumentation (AAMI). Despite the outward confidence in marketing, however, trial evidence revealed that behind the scenes, the corporations weren’t so sure of the gown’s effectiveness.

Employee emails between Kimberly-Clark and Halyard presented during the trial were part of what convinced the jury that allegedly, the companies knowingly and deliberately set about to deceive the U.S. Food and Drug Administration (FDA), patients, and healthcare professionals about the safety and effectiveness of their surgical gowns. Emails included a description of the gown manufacturing process as “crap” and admissions that the materials used were substandard. Also surfacing during the trial was an employee awareness of the fact that the seams of the gowns’ sleeves didn’t always remain intact.

Obviously, these issues, known only to the companies and not the healthcare professionals purchasing them, could have placed the gown wearers at extreme (and yet avoidable) risk. Clearly the jury weighed the potential and serious risk more than the absence (to date) of verifiable injuries from the alleged deception and fraud.

If the corporations had recalled the product and alerted the FDA and the public, it’s likely this chapter of their intersecting histories would’ve culminated in a dramatically different way. Instead, though, Kimberly-Clark and Halyard allegedly terminated the employment of staff aware of the issue, continued concealing evidence of a defective product (such as repeated testing failures), and continued promoting it as impermeable and therefore appropriate for use when treating patients with infectious fluid-borne illnesses like HIV and Ebola.

Kimberly-Clark may file appeal; Halyard on the hook for entire $454M

Kimberly-Clark representatives have said that the corporation has plans for an appeal to the verdict.

The defendants are bound by an indemnification agreement that leaves Halyard Health holding the bag for the $454 million payment on its own.