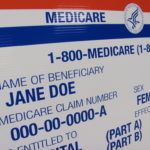 Earlier this month, the House Ways and Means’ health subcommittee held a hearing entitled: “Exploring the Use of Technology and Innovation to Create Efficiencies and Higher Quality in Health Care.” This isn’t the first time lawmakers have explored ways to effectively usher the Medicare system into the technologically-advanced world in which it exists, and there’s no chance it will be the last. However, cost and pragmatics may be stumbling blocks to taking the plans past the discussion phase.

During the meeting, Rep. Peter Roskam (R-Ill.) pledged to resuscitate legislation that will implement electronically readable cards for Medicare beneficiaries in place of the traditional identification cards they currently carry—ID cards that include the members’ Social Security numbers (SSNs). With identity theft a looming concern for many, the widespread reliance on SSNs is clearly less than ideal.

Provisions in the Medicare Access and CHIP Reauthorization Act of 2015 (MACRA) have triggered the revival of the law. The first stipulates that SSNs must be removed from Medicare ID cards no later than four years following the enactment of MACRA. The second provision, however, is less straightforward: it directs the Secretary of the Department of Health and Human Services to decide whether electronic Medicare beneficiary cards are cost-effective and technologically feasible. And, if they are, the Secretary must consider implementing the use of electronic cards. Implementation hinges on that subjective condition, however.

In the spring of 2015, the Government Accountability Office (GAO) released a report entitled “Medicare — Potential Uses of Electronically Readable Cards for Beneficiaries and Providers” that questioned how pragmatic converting to electronically readable cards really would be, both from the standpoint of cost-effectiveness and technological viability. Despite the questions, the most obvious benefit for consumers is obvious: reduction in the risk of fraud and identity theft with Social Security numbers no longer appearing on the Medicare ID cards.

What have other countries done to convert to electronically readable cards?

In considering whether the move to electronically readable cards would be prudent for Medicare, the GAO report considered overseas examples, and stressed the length of time implementation required:

“The experiences of France and Germany demonstrate that an electronically readable card system can be implemented on a national scale, though implementation took years in both countries. It is unclear if the cost savings reported by both countries would be achievable for Medicare since the savings resulted from using the cards to implement electronic billing, which Medicare already uses. Both countries have processes in place to manage competing stakeholder needs and oversee the technical infrastructure needed for the cards.”

Whether the hearing is another step closer to the type of modernization Roskam personally has in mind, it doesn’t come a moment too soon. The GAO report includes a reminder that the request to remove SSNs from Medicare cards came years before: