It’s a Matter of Interpretation: The Translation Crisis in U.S. Healthcare 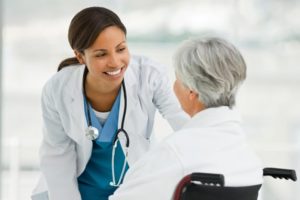 Dealing with health crises is difficult enough when doctor and patient are speaking the same language. But when a language disparity hinders mutual comprehension, the consequences can be tragic.

Willie Ramirez’s medical tragedy may have occurred nearly four decades ago, but it is still held up as a cautionary tale; it highlights how imperative accurate information is during a medical emergency, and how subtle—but devastating—a linguistic inaccuracy can be.

In 1980, eighteen-year-old baseball player Ramirez was rushed to a South Florida hospital when he lost consciousness. His family used the Spanish word intoxicado to offer an explanation for the boy’s comatose condition, a word that indicates digestive upset due to an ingested food or substance (Ramirez’s family guessed that he had eaten something that had made him sick). The interpreter working with the family incorrectly translated that pivotal word as “intoxicated.”

This major—but, on the surface, seemingly slight—misstep in communication led Ramirez’s doctor to treat the patient as a drug overdose. This contributed to the physician overlooking the bleeding in the brain that was the true cause of the coma until the hemorrhaging had caused Ramirez to be paralyzed from the neck down.

Sadly, Ramirez’s case isn’t the only example of how crucial reliable and accurate translation is in the healthcare industry, where individuals are at their most vulnerable.

For instance, a study by the National Health Law Program analyzed 35 liability insurance claims filed in four states between 2005 and 2009. It revealed that the insurer paid out more than $2 million in damages and nearly $3 million in legal fees for cases where a healthcare provider did not offer patients a professional interpreter. Some patients suffered permanent, life-altering harm (organ damage and leg amputations, for example), and five patients died.

And industry professionals say the issue of language barriers in healthcare is not one that is likely to get resolved any time soon.

According to the Joint Commission, a not-for-profit organization responsible for accrediting and certifying over 20,000 healthcare programs in the country: “Approximately 57 million people, or 20 percent of the U.S. population, speak a language other than English at home, and approximately 25 million, or 8.6 percent of the U.S. population, are defined as being LEP [having limited English proficiency].”

On its own, that statistic might not seem relevant to effective healthcare, but the Joint Commission makes the segue:

A 2005 study that involved six Joint Commission-accredited hospitals analyzed more than 1,000 “adverse-incident” reports and found that nearly half of LEP patients experienced physical harm as compared to barely a third of English-speaking patients. Additionally, the degree of harm was proportionally higher for the LEP group, on the spectrum from “moderate temporary harm” (over 46%) to fatality (close to 25%).

The Joint Commission states that when it comes to hospital admissions, LEP patients are at greater risk for certain negative consequences than their English-speaking counterparts, including surgical delays (because of trouble understanding pre-op instructions); infection, falls, and pressure ulcers; readmission for treatment of chronic conditions (because of incomplete or inaccurate comprehension of homecare directives or awareness of symptoms that warrant medical attention); and, when professional interpreters were not employed to assist upon admission and discharge, longer hospital stays overall.

There is an emphasis here on professional interpreters versus ad-hoc interpreters or the patient’s family members. It’s understandable how family, under stress at the time of a relative’s health crisis, might not always be the most reliable purveyors of vital information, whether from the patient to the doctor or vice versa.

While it’s clear that providers should always employ professional translators when language obstacles impede effective care, the reality is that they don’t in every instance, perhaps in part because professionals are more expensive than amateurs, perhaps in part because there is a serious shortage of qualified interpreters and therefore they are not always available when needed.

A study conducted in Oregon showed that out of 3,500 interpreters, only 100 possessed the appropriate professional requirements that allowed them to translate for individuals in a healthcare setting.

Beyond the proper certification, professionals and amateurs are not interchangeable: the former must undergo more than 100 hours of training—perhaps this accounts for an average error rate of 2% for the professionals, as opposed to a 22% error rate for non-professionals. Still, the study revealed that the likelihood of a patient in Oregon being assigned a fully qualified interpreter is only 3%. (And this statistic is even more striking when one considers that in 2001 Oregon passed a state law requiring hospitals to use professional interpreters.)

Securing translators by phone doesn’t ease the problem either. Some patients have difficulty with the phone because of hearing loss. And further, in the case of a medical event where time is of the essence and things can change by the minute, leaving an interpreter in the dark, so to speak, and not able to witness what is going on or read patient facial cues, can make for inaccurate, frustrating, or delayed translation.

The Joint Commission cites language statistics on its website; one of the most notable in encapsulating the immense challenge of making sure healthcare is understandable for all patients all the time is the fact that more than 300 different languages are spoken in the country. California tops the list with the highest number of languages spoken (207), and in the ranking of the nine U.S. counties having 100 or more languages spoken, more than half of them are in California (Los Angeles, San Diego, Santa Clara, Alameda, and Orange Counties).