Medi-Cal at Center of Legal Challenges: Reimbursement Rates at Issue 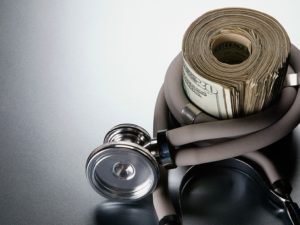 With all the recent Senate drama regarding healthcare in this country, as well as the future uncertainty stirred by the President’s threat to withhold Obamacare subsidies, the nation’s last recession is probably not what comes to mind as a factor in current events in healthcare. However, the recession was revisited earlier this week when the U.S. 9th Circuit Court of Appeals ruled that the federal government was in the wrong when it allowed California to reduce Medi-Cal hospital outpatient reimbursements by ten percent during the economic downturn.

One in three Californians covered by Medi-Cal

Medi-Cal is the state’s version of Medicaid, the government safety net program that provides low-income and disabled individuals with health insurance. Over 13 million Californians are covered by Medi-Cal (or one in three state residents). The program’s price tag is roughly $89 billion each year, and approximately two-thirds of the cost comes from the federal government.

From July of 2008 through February of 2009, during an admittedly difficult fiscal period, California made Medi-Cal reimbursements ten percent lighter. The Court found fault with that.

The three-judge panel decided that the government only has the right to sanction those types of reimbursement cuts in cases where it can be proved that the consumers receiving the insurance assistance would be afforded the opportunity to enroll in services that matched the general population’s should they so choose.

The Court said that federal law requires any cuts to Medi-Cal to come after evidence demonstrates that enrollees would still have availability to care “at least to the extent that such care and services are available to the general population in the geographic area.”

Not only is that difficult to prove in and of itself, but another problem is that, rather than attract doctors to the program, reductions to Medi-Cal fees tend to incentivize physicians to avoid taking it or stop participating, which of course means that beneficiaries would not be afforded a range of healthcare options in line with the general public’s.

Other than emergency care physicians, only around 50% of California practitioners accept Medi-Cal patients. Many cite the relatively low reimbursement rates as the reason.

California hospitals may be expecting hundreds of millions of dollars paid to them by state and federal governments, should the 9th Circuit Court’s ruling ultimately stand. More than 50 hospitals were involved in the action.

At this point, the government still has options — among them: requesting that the panel of judges reconsider its ruling; asking that a larger panel in the 9th Circuit Court of Appeals renders a decision; or bringing an appeal all the way to the U.S. Supreme Court.

And although this week saw the resolution (at least for now) of the aforementioned recession-cuts matter, another legal challenge with Medi-Cal at its center is just getting off the ground. The Mexican-American Legal Defense and Educational Fund (MALDEF) and the Civil Rights Education and Enforcement Center claim that California is underfunding Medi-Cal, and that the state is violating California state law in doing so.

The civil rights groups are alleging that this Medi-Cal underfunding discriminates against Latinos (the program’s population is largely Latino). The groups’ clients are program beneficiaries who did not have access to prompt care for serious medical issues because they could not find in-network specialists.

The lawsuit asks the court to force the state to raise its Medi-Cal reimbursement rates so that more doctors will be encouraged to participate. However, experts say that wouldn’t be an easy fix, since the cost of the program as-is is staggering, and hiking the price tag might lead to cutting back on the services Medi-Cal covers and/or reducing the number of eligible individuals.

MALDEF’s complaint includes the allegation that California spends less per patient than many other states pay to cover their Medicaid enrollees. Further, the group claims that California reimburses Medi-Cal physicians only slightly more than half what the federal government pays for the same services for senior citizens enrolled in Medicare. Additionally, MALDEF says that Medi-Cal’s unnecessarily complicated bureaucratic requirements for physician participation serve to dissuade doctors from the program.