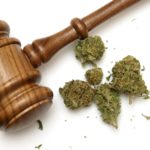 In the first study to explore the question of whether medical marijuana might decrease public healthcare costs, research published earlier this month reported a drop in the number of Medicare prescriptions for conditions sometimes treated with cannabis (for instance, anxiety, pain, depression). Along with that, the study (appearing in Health Affairs) noted a decline in spending by Medicare Part D, the vehicle that pays for prescribed meds.

The study analyzed Medicare Part D statistics from 2010 to 2013, and concluded that medical marijuana saved Medicare approximately $165 million in 2013. Researchers went on to extrapolate that if medical marijuana were legal in every state (as opposed to the 25 states plus Washington, D.C. where it’s currently available), the federal government would’ve saved $470 million in Medicare Part D costs in that same year. Although that figure may seem staggering, it represents around .5% of the program’s overall multi-billion-dollar annual costs.

Still, one of the study’s authors, W. David Bradford, a professor of public policy at the University of Georgia, says the number shouldn’t be trivialized…nor should it be viewed as the only piece of data worth considering. “We wouldn’t say that saving money is the reason to adopt this,” he says, “but it should be part of the discussion. We think it’s pretty good indirect evidence that people are using this as medication.”

The escalating cost of prescription drugs seems like an inevitability, so it’s no surprise that many people—including senior citizens—may look for less expensive ways to manage their health. And for some, that compromise can be struck with medical marijuana. Although patients must bear the full expense of medical cannabis because it is not covered by health insurance (and sometimes that expense can run in the vicinity of $400 per month), it’s still typically in a different league than drugs with traditionally high pricetags.

Lester Grinspoon is an associate professor emeritus of psychiatry at Harvard Medical School and has authored two books on this topic. Differentiating marijuana from many prescription drugs, he says, “There’s a limit to how high a price cannabis can be sold at as a medicine.”

Not everyone is dazzled by its potential cost-effectiveness, though. “Even if Medicare may be saving money, medical marijuana doesn’t come for free,” notes Deepak D’Souza, a professor of psychiatry at Yale School of Medicine. “I have some trouble with the idea that this is a source of savings.” But D’Souza is not discounting the comparative benefits of cannabis when it’s replacing drugs like opioids, especially dangerous because overdoses can result in death. “That doesn’t happen with marijuana,” he says. “But there are whole other side effects and safety issues we need to be aware of.”

Bradford echoes D’Souza’s tempered word of caution. “Just because it’s not as dangerous as some other dangerous things, it doesn’t mean you want to necessarily promote it. There’s a lot of unanswered questions.”

The research revealed that the number of prescriptions for painkillers dropped by about 1,800 daily doses filled each year per doctor in states where medical cannabis has been legalized. Though that is “indirect evidence,” as Bradford noted, it is powerful, and it may predict a trend in healthcare.

Beyond the decline in pain meds, the study also noted a drop in the number of prescriptions written for drugs to treat depression, nausea, psychosis, seizures, anxiety, spasticity and sleep disorders in states where legalized medical marijuana was available. (All of those conditions are sometimes treated with cannabis.) And the study’s conclusion—that certain drug prescriptions (and associated Medicare expenditures) have seen a decrease because those patients are turning to medical marijuana as an alternative—is bolstered by the finding that medications that can’t “compete” with cannabis (like blood-thinners) did not show a drop in numbers.

Is a new DEA classification for marijuana in sight?

Even in states that allow medical cannabis, doctors cannot prescribe it, but can only recommend it and write a note that the patient will present to a dispensary. Regardless of how individual states view the drug, it remains classified as Schedule I by the federal government, along with drugs like heroin and LSD. However, that may change soon—the Drug Enforcement Agency (DEA) is expected to announce this summer whether they may bump marijuana down to the Schedule II category, which would open the doors to doctors being able to prescribe it and could make insurance coverage more likely.