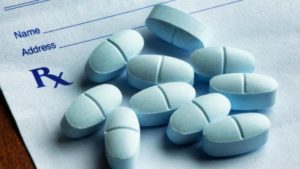 According to the U.S. Centers for Disease Control and Prevention, more than six out of ten deaths by drug overdose involve opioids. Seventy-eight Americans die from an opioid overdose each day.

The opioid epidemic is a national crisis that has demanded attention in the healthcare industry and beyond.

And a recent lawsuit is bringing it into the public eye for a different reason—allegations of abuse by drug makers that could prevent patients from having access to medicines best suited to them, or ones they can best afford.

Are generics being given a fair chance?

Last month, the Attorney General of California joined the Attorneys General of 33 other states and Washington D.C. in bringing an antitrust suit against Reckitt Benckiser Pharmaceuticals, Inc., n/k/a Indivior PLC (“Reckitt”), and MonoSol Rx. The allegation? That the companies colluded in a scheme to illegally monopolize the opioid addiction treatment market by impeding the introduction of generic versions of Suboxone.

The Plaintiffs allege that because of these actions, “consumers and state governments have been limited in their treatment options for opioid addiction” and are “forc[ed] to pay more for Suboxone than they otherwise would in a competitive market.”

Required by the FDA (and required to go beyond professional labeling), REMS are meant to ensure that higher-risk meds are used properly and only by whom they are prescribed. The Indivior Defendants have been accused of manipulating the REMS program for Suboxone. In 2012, the FDA instructed Reckitt to expand upon its own FDA-approved REMS by working with the Buprenorphine Products Manufacturers Group (made up of companies filing Abbreviated New Drug Applications [ANDAs] for generic Suboxone tablets) and produce one cooperative REMS through those efforts.

The Plaintiff States allege that Reckitt “feigned cooperation with the shared REMS development process and used deceptive tactics for months to hide its true intent, which was to delay the generic industry from obtaining ANDA approvals.”

“Product hopping” at the heart of allegations made by Plaintiff States

Regarding the “product hopping” accusations leveled against the Defendants by the Plaintiff States: the Indivior complaint alleges that the Defendants did not honor Suboxone’s orphan drug exclusivity period when they created and attempted to market the drug in the form of a sublingual film in 2008. The Plaintiffs maintain that this behavior was carried out to ensure that generic Suboxone (buprenorphine/naloxone tablets) failed to gain ground in the market.

Allegedly, Defendants steered patients and prescribers to Suboxone film (a method known as a “hard switch”) via a “campaign to convert the market on unfounded safety concerns about the Tablets, including concerns regarding accidental exposure to children. These concerns were alleged to be a sham designed to convince prescribers and payors that the Suboxone Film provided increased safety and efficacy over the Tablets.”

Also, the Plaintiff States allege, “[t]o gain more time to complete its product hop scheme, Reckitt engaged in another delay tactic by filing a citizen petition with the FDA.”

The FDA Safety and Innovation Act of 2012 requires the FDA to respond to certain petitions from the public within 150 days. The Indivior Plaintiffs argue that in seeking to reduce or eliminate the competition of generic forms of the drug, “Reckitt filed a citizen petition asking the FDA to withhold approval of the ANDAs for generic Suboxone Tablets unless . . .the FDA had determined whether Reckitt had discontinued Suboxone Tablets for safety reasons.”