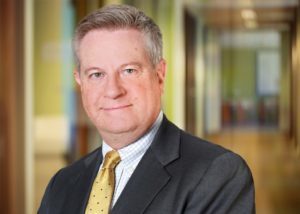 The December 18th article from The New York Times titled “Regulators Tamp Down on Mergers of Hospitals” by Reed Abelson discusses the latest in federal regulation updates and the flurry of proposed healthcare mergers taking place. The Federal Trade Commission (FTC) said on Friday that it planned to block the combination of two large Illinois hospital groups.

Regulators said the proposed merger of Advocate Health Care, which is already the state’s largest health system, and NorthShore University HealthSystem, could create a 16-hospital powerhouse that would dominate the North Shore area of Chicago.

Nelson Hardiman attorney, Rob Fuller, was asked to provide insight for this article:

“These consolidations are absolutely mandated,” said Rob Fuller, a former hospital executive and a lawyer who specializes in antitrust law at Nelson Hardiman in Los Angeles. He argues that the different government branches are sending conflicting signals to hospitals.

Ms. Feinstein of the FTC denies there is any conflict. “We don’t think the A.C.A. and the antitrust laws are in tension with each other at all,” she said. Hospitals and doctors can collaborate without merging, and she noted that the agency had not challenged any of the so-called accountable care organizations, which were created to oversee the level of care required and its costs.

The FTC has been successful in blocking some hospital mergers, said Matthew L. Cantor, a partner in the law firm of Constantine Cannon in New York. Those wins “demonstrate that a hospital merger that is anti-competitive cannot be defended by pointing out that the merger is consistent with the principal purposes of the Affordable Care Act,” he said in an email.

The agency is seeking an injunction to block the merger, which had been planned for more than a year.

Hospital executives contend, however, that their proposals draw more regulatory attention than those planned by big insurance companies. “Insurers seem to get a different look-see than the providers,” Mr. Neaman said.