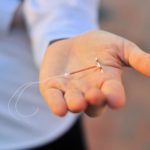 The federal government spends billions of dollars each year on unwanted pregnancies – in 2010, the cost was $21 billion. Now, the government has issued a rule urging states to promote usage of long-acting contraceptives among Medicaid enrollees.

Long-acting reversible contraceptives (LARCs), such as IUDs (intrauterine devices), are almost 100% effective for periods of up to 10 years without requiring user action. Other types of LARCs include injections and subdermal implants.

The initial cost of implanting an IUD is a barrier to adoption; the IUD plus the insertion procedure can cost hundreds of dollars. However, given how long they last, the minimal need for upkeep, and their superior efficacy compared to birth control pills, IUDs and other LARCs are ideal for preventing unintended pregnancies.

Despite long-acting contraceptives’ efficacy, the percentage of California Medicaid enrollees using LARCs falls short of the national average; California’s Department of Health Care Services reports that in California in 2014, less than 7% of women on Medicaid were using LARCs. Nationwide in 2012, 11% of Medicaid women chose LARCs.

“Family planning is classified as a ‘mandatory’ benefit under Medicaid,” reporters for the Kaiser Family Foundation wrote in an article. “All programs must cover family planning, but states have considerable discretion in identifying the specific services and supplies that are included in the program.”

The passage of the Affordable Care Act (ACA) in 2010 led to the incorporation of California’s Family PACT (Family Planning, Access, Care, and Treatment) Program into the Medicaid program. According to the same Kaiser Family Foundation article, Family PACT, which served almost 2 million men and women in Fiscal Year 2011-2012, is the largest family planning expansion program in the nation. This expansion was a significant step in the right direction.

But while California’s policies have allowed for greater access to family planning services and contraception coverage, there are several policy barriers in many states that make it difficult for women to get LARCs covered. For example, according to a bulletin by the Centers for Medicare and Medicaid Services (CMS), some states require Medicaid enrollees to try other contraceptives before obtaining a LARC (called “step therapy requirements”). Others require prior authorization from a health plan for LARCs, which delays or prevents women obtaining the contraception they need. Billing practices for IUD insertions also make the procedure “financially challenging for many medical professionals,” because they must do them “without guaranteed reimbursement,” according to a report by the Center for American Progress, a liberal think tank.

The Center for American Progress contends that the best time for a woman to get an IUD is often after a birth or an abortion. 20 states, including California, have created guidelines to increase the frequency of postpartum LARC placement. However, no state or federal programs have aimed to increase access to LARCs post-abortion, despite that the period after an abortion has been shown to be an ideal time for IUD placement. The solution is not far out of reach; “many obstacles to LARC access can be overcome through relatively simple policy changes at the federal and state levels,” the report says.

The federal government is heeding the Center for American Progress’s call to action. A recently published rule said, “States can’t preclude enrollees from having a choice of contraceptive methods or impose prior authorization or step therapy requirements,” according to Kaiser Health News.

Increasing women’s access to LARCs will not require massive effort by the states or the federal government. “It’s not the most complex or labor intensive task, but it does involve some administrative oversight and work on the part of managed care organizations to make sure they get it in place and get it right,” said Deidre Gifford, director of state policy and programs at the National Association of Medicaid Directors, to Kaiser Health News.