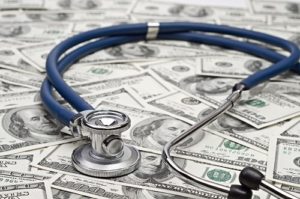 With a total of 159 facilities nationwide, Tennessee-based Community Health Systems (CHS) is the country’s second-largest investor-owned hospital company. But that doesn’t inoculate it against overwhelming debt.

In another phase of its ongoing debt-reducing agenda, CHS has made an agreement to trade 80% of its stake in its home health division for $128 million from Almost Family, Inc., a provider of home health nursing services founded in 1976 and based out of Louisville, Kentucky.

Almost Family cites new partnership as its “most strategic” investment

The deal was announced last week; its anticipated completion is sometime in 2016’s fourth quarter. Said Almost Family in a press release:

“With the completion of this transaction, Almost Family will operate 340 branches across 26 states and its annual net revenue run rate is expected to
exceed the $800 million mark.”

William Yarmuth is Almost Family’s CEO. He had this to say about the deal: “This partnership with CHS may be the most strategic of all the investments we’ve made yet. We believe it will enable us to see the healthcare continuum and home care specifically through the eyes of not only one of America’s best hospital companies, but one of America’s best healthcare companies.”

On the other side of the desk, CHS CEO Wayne Smith noted, “The transaction also advances our strategy to focus on a more sustainable and successful portfolio of hospitals and regional healthcare systems.”

Quorum Health spinoff not as straightforward a deal for CHS, leaves investors unhappy

Over the course of several years, CHS has amassed $15 billion in debt. Selling Almost Family a controlling interest in its home health division is the most recent remedy toward relieving that debt burden. Earlier this month, CHS transacted to sell one of its Florida hospitals and three of its facilities in Mississippi.

More complicated (at least in the aftermath) than any of the aforementioned deals was a means for CHS to raise $1.2 billion earlier in the year through a spinoff of small, rural hospitals into Quorum Health Corporation, as well as the $445 million sale of its share of a Las Vegas four-hospital joint venture.

Quorum investors were dismayed to learn of the company’s underlying financial health after the spinoff; indeed, they accused CHS of feeding them misleading information. Several class-action shareholder lawsuits have been filed against Quorum. Q Investments, one of Quorum’s major investors, has urged the board of directors to launch an investigation into the deal.

CHS has maintained that it did not act improperly in any way regarding the Quorum spinoff.

A chunk of CHS’s debt was racked up in 2014 when the company acquired Health Management Associates for $7.6 billion. The affiliation involves more than 70 hospitals and at this point has not yet been completely assimilated.

Steve Guenthner, President of Almost Family, said: “As one of the nation’s largest home health providers, we’re looking forward with great anticipation to working hand-in-hand with one of the nation’s foremost hospital companies. We expect the knowledge and perspective we gain and share with each other through this relationship, to help us develop even better care transition and coordination capabilities for the benefit of our patients and for the Medicare Program.”