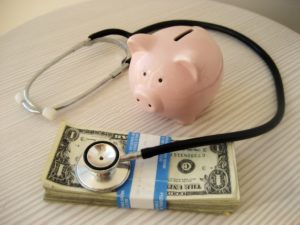 Although much of the healthcare industry still operates within the traditional fee-for-service structure, Modern Healthcare’s latest Hospital Systems Survey shows that in certain cases, value-based reimbursement, despite inherently holding financial risk for the provider, is also holding some promise.

Similar to 2015 findings, nine out of the sixty survey respondents reported that in 2016, ten percent or more of the net revenue generated from patient care came from risk-based agreements —  contracts that use benchmarks to assess value. Commonly, if those savings standards aren’t demonstrated, rather than being fully reimbursed by the payer, the provider would drop into a deficit.

Around 75% of respondents said that risk-based health contracts were responsible for 4% or less of net revenue from patients. However, the majority did say that they expected the proportion of risk-based agreements to see a marginal upward trend for this year.

Nearly one-third of the hospital systems responding to the survey said that they ended up seeing surpluses — rather than the dreaded deficits — from risk-based contracts last year. But those surpluses weren’t accidental — it seems they were achieved from a commitment to value-based models.

As with traditional financial investments, the risk levels built into risk-based healthcare exist on a spectrum. Systems new to value-based models often opt in via a lower-risk approach by taking on “pay-for-performance” contracts where they are protected from downside risk but still have the incentive to work toward upside risk.

Bundled payment models for certain medical conditions or procedures are often seen in Medicare contracts, and these typically involve a bit more risk since the providers are penalized for hospital readmissions for the same episode.

The riskiest of all approaches is full capitation, which attaches a monthly payment to a patient needing care. Although this model involves the greatest degree of risk, it also affords the opportunity for the biggest return on investment.

Commitment, investment, and patience can pay off

New York City-based Montefiore Health System has been focusing resources and attention on the risk-based model since the mid 1990s. On this latest survey, the health system reported that almost one-quarter of their net patient revenue was derived from risk-based contracts (the full capitation variety).

Stephen Rosenthal is senior vice president of population health management at Montefiore. “We have made an enormous investment in our infrastructure with almost 1,000 full-time employees managing 400,000 individuals [insured under risk-based contracts],” he told Modern Healthcare. ­”They are coordinating care and helping manage people’s health. It’s an investment many organizations today find difficult because they don’t have the opportunity to support infrastructure through risk arrangements. You have to start small and grow over time.”

And Montefiore realizes effective healthcare can’t occur in a vacuum: the health system reaches out to community organizations to determine which healthcare services are needed most; it offers its physicians training in electronic health record utilization; and it uses data analytics to shape and streamline care approaches.

“Taking on risk requires a structural change in the way an organization thinks about how it will manage the challenges of a patient. It requires investment in change,” Rosenthal said.

San Diego-based Sharp HealthCare is a system that includes seven hospitals and a health plan that covers 130,000 patients. Sharp has been undertaking risk-based agreements for around 30 years. It reported that in 2016, nearly 40% of its net patient revenue came from risk-based contracts, landing it in the number three slot on Modern Healthcare’s survey. Sharp processes its claims in a data warehouse and cross-references information so that patients with more than one chronic condition can be connected with care coordinators.

Michael Murphy is President and CEO of Sharp HealthCare. Regarding population health and his health system’s commitment to data analytics, he told Modern Healthcare: “That’s where the majority of costs are and where you can to an extent manage that proactively and help minimize complications related to chronic conditions. But population health is not something that you just turn a switch and start addressing. You need medical groups to partner with you, alignment with providers and payers — that doesn’t happen overnight.”

At this point many providers are voluntarily engaging in risk-based contracts. However, for those providers who are reimbursed by some government programs, before too long the question regarding value-based models won’t be “Yes or no?”, but “Which one?” The Medicare Access and CHIP Reauthorization Act stipulates that providers choose between advanced alternative payment models or the Merit-based Incentive Payment System.