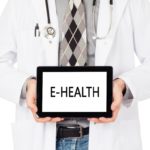 It’s unlikely that someone seeking answers on Web-MD would confuse that one-sided symptom-search with actual healthcare. However, using a device of some sort for the practice of seeing a medical practitioner in the virtual sense rather than in person is undoubtedly taking off, and not just for individuals in rural or remote areas where doctors may be in short supply. And thanks to recent positive developments across several states, as well as within the American Medical Association (AMA) itself, we’re closer to a time when telehealth won’t be viewed warily or thought of as somehow inferior, but will indeed be seen as just another facet of healthcare.

Over the past year-and-a-half, almost every state in the country has acknowledged that physicians treating patients through the telehealth medium owe those patients the same quality care as patients seen at the medical office. Despite this nationwide trend, though, a number of states have held back, sticking to regulatory verbiage that proponents of e-health would likely classify as outdated at best, archaic at worst. Arkansas and Texas have been the most overt impediments to a national sweep of pro-telehealth legislation—both states remained untouched by telehealth dominoes, continuing to require in-person relationships between doctors and clients prior to telehealth treatment, as well as holding onto other regulations that limited the types of telehealth care permissible.

The states that wouldn’t budge shift in the right direction

However, earlier this month, both “hold-out” states made fresh strides to enter the current of telehealth, rather than let it pass them by.

The Arkansas Medical Board passed rules permitting a new relationship between doctor and patient via telehealth (rather than only allowing an established patient to remotely see his/her doctor for follow-up care). And a new legislative movement has begun in Texas, spearheaded by physicians collaborating with telehealth advocates.

As if that weren’t cause for optimism already, there’s more: new pro-teleheath legislation in other states. Laws are on the books in Alaska and Louisiana (one signed, one yet to be signed), both doing away with the in-state telehealth prerequisite. Further, end-of-legislative sessions across the country gave a nod to telehealth providers looking to collect remuneration. Alaska now requires payment for telehealth behavioral services. Arizona did away with the stipulation that the patient must reside in a rural area for the physician to receive payment. And Hawaii no longer requires a patient presenter in order for fees to be paid to telehealth providers.

At the AMA’s annual meeting in Chicago in June, the AMA’s Board of Delegates adopted “Ethical Practice in Telemedicine,” guidance that asserts that physicians are tasked with the same degree of care and the same ethical standards when working with patients remotely as when treating them in the traditional office setting. The AMA’s Council on Ethics and Judicial Affairs developed the policy over the course of three years, and it was ratified by a vote of physicians at the annual meeting.

AMA Board Member Jack Resneck, M.D., had this to say: “Telehealth and telemedicine are another stage in the ongoing evolution of new models for the delivery of care and patient-physician interactions. The new AMA ethical guidance notes that while new technologies and new models of care will continue to emerge, physicians’ fundamental ethical responsibilities do not change.”

All patients, regardless of the healthcare setting, deserve to trust that their physicians will prioritize their well-being, provide competent care, supply information that they can use to make informed decisions about their treatment, respect privacy, uphold confidentiality, and take necessary measures to achieve continuity of care. The AMA’s guidance document spells out that this standard of physician care is expected in the telehealth field just as unequivocally as it is in the medical industry at large. This will go a long way toward normalizing technology-enabled healthcare.

There’s likely to be a time in the not-so-distant future when telehealth isn’t considered an inferior or little-understood brand of healthcare, but rather, is merely considered healthcare…even if it requires an Internet connection instead of a tank of gas.