Telemedicine in the Correctional System: “Just the Beginning” 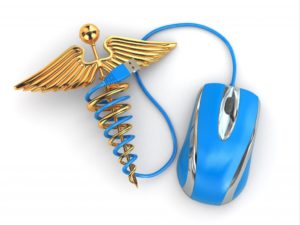 According to an estimate made by California’s Legislative Analyst’s Office, the cost of healthcare for prison inmates (which, in addition to medical treatment, includes transportation and guarding) is as much as $2,000 per individual per day. A report issued by Pew Charitable Trusts reveal that the overall medical costs for inmates across the nation nearly hit the $8 billion mark in 2011.

Although budgets for correctional facilities are regularly earmarked to undergo cutting, the cost is likely to only go up.

Further, the incarcerated population in this country is aging, and with it comes an increase in the need for healthcare in the prison system.

According to the U.S. Bureau of Justice Statistics, the number of incarcerated men older than 55 leapt by more than 80% from 1999 to 2007. An even more dramatic trend is seen among incarcerated women, with nearly 20% of the female prison population in 2011 falling in the over-50 category, followed by a more proportionally rapid growth than in males. (On average, more money is expended in healthcare for incarcerated women than men.)

And to further complicate matters, incarcerated populations tend to face a higher rate of medical issues than the population at large. Around 40% of inmates state that they struggle with one or more serious chronic illness. And prisoners are seven times more likely to suffer from a hepatitis C infection (a condition that comes with a high care price tag…up to $100,000 for a year of treatment).

Virtual medical visits: can they work in the correctional system?

Can the relatively simple idea of telehealth prove beneficial within this complex landscape?

Industry insiders say that telemedicine could contribute to better medical care for incarcerated patients while saving the correctional system money.

And that premise is already being tested, most recently and notably, in New York City’s Rikers Island.

The U.S. Center for Economic and Policy Research reports that state and local jails sustain over 90% of the country’s corrections expenditures; however, federal prisons have been way ahead in terms of implementing telemedicine, probably because inmates there are likely to serve substantially longer sentences. On the other hand, the average duration of a Rikers’ incarceration is 55 days, setting up challenges for the pragmatics of medical appointments (tele or traditional).

Before the telehealth option, inmates could spend as many as eight hours shackled as they are transported to NYC Health & Hospitals’ Bellevue campus for a doctor’s visit that lasts a handful of minutes.

“That was frustrating for the patient because they went through this tremendous effort to get there and they could only have this very, very limited time to get their concerns addressed,” said Dr. Vinh Pham, one of the doctors responsible for ushering in telemedicine to Rikers Island in May via a pilot program.

Since then, around a dozen physicians and patient coordinators participate in virtual medical visits in the areas of gastroenterology, urology, and infectious disease.

“A broad aspiration to do more…”

Approximately $650,000 has been channeled into the program so far. And though that may seem relatively modest, Rikers has implemented a comprehensive intake process that is set up to identify inmates that may benefit from telemedicine, which will likely feed more participants into the system, thereby increasing the demand.

“We have a broad aspiration to do more of this across services,” said Dr. Homer Venters, chief medical officer of Correctional Health Services, a division of NYC Health & Hospitals. “But when we start, we need to identify staff that are really going to champion this.”

Within the telemedicine protocol at Rikers, patients can spend up to a half hour with physicians. The inmates “just palpably seem more relaxed and satisfied with the entire encounter and experience than they used to,” Pham said. “It used to be a very negative experience.”

Pham has a two-screen setup in his Bellevue office that allows him to see the patient as well as have access to the individual’s electronic health record. The inmate is connected with Pham via video conference from Rikers Island (thereby eliminating the need for travel time).

Pham works with patients with hepatitis C, and he says the goal of telehealth in these cases is to equip individuals with information and medication with which they can effectively manage the infection, even if their prison release date comes earlier than anticipated. “I make it clear to the patients that this is about preventive health,” he said.

Rikers and NYC Health and Hospitals (which assumed responsibility for the city’s correctional health program nearly a year ago) are exploring possibilities for telepsychiatry and other specialty services offered to inmates via virtual technology.

“I see this as just the beginning,” Pham said. “I’m very optimistic.”