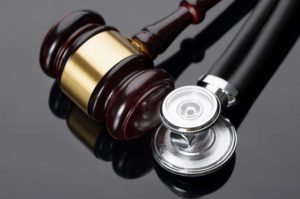 If the recent sentencing of a Dallas-area doctor convicted of Medicare and Medicaid fraud doesn’t send a message to practitioners engaging in fraudulent schemes of their own, perhaps it should.

Jacques Roy, 60, has been in federal custody since his arrest in 2012; his trial was held in the spring of 2016, when he was found guilty of 12 counts of healthcare fraud and obstruction (he was accused of bilking the government for $373 million in phony claims). Earlier this month he was sentenced to pay $268 million in restitution and to serve 35 years in prison.

Roy’s attorneys argued for a maximum sentence of 10 years on the grounds that he poses no threat to the public and that he should be afforded the opportunity to make a positive contribution to society while he still can, even stripped of his medical license. The judge did not agree.

According to testimony by a federal agent during the trial, Roy landed on authorities’ radar when it was clear he was the busiest Medicare practitioner in the country. Over a nearly six-year period from 2006 to 2011, his practie in DeSoto, Texas (“Medistat”), billed for more home health care visits than any other medical office in the U.S. In addition to Roy, six Medistat employees were convicted in the fraudulent scheme; so far four of them have received sentences of prison time and monetary restitution and a fifth has received probation.

How many patients can one doctor feasibly care for?

Trial evidence revealed that the staggering number of claims included medical services and home visits deemed unnecessary by regulators. The prosecution alleged that Medistat nurses would falsify paperwork to place patients who did not qualify for home healthcare services in the qualified category. Roy allegedly established a full-time enterprise in which individuals were hired to forge his name on medical documents.

During the trial, an attorney for the prosecution noted, “A doctor cannot care for 11,000 patients at once.”

When Roy’s right to participate in Medicare was suspended in 2011 due to the suspicion of fraudulent activity, he allegedly found other avenues for deceptive billing practices. Trial records show that he paid others to set up healthcare organizations that he ultimately controlled and could mine for patient referrals. His live-in nanny testified that he had approached her with a scheme to “make a quick $5,000,” though she declined to get involved.

An associate of Roy’s (who has been sentenced to four years in federal prison and nearly $400,000 in restitution) allegedly hired recruiters to visit a Dallas homeless shelter and trade meals for Medicare and Medicaid referrals.

In addition to the hundreds of millions of dollars Roy pulled in via his home health schemes, the prosecution alleged that he was dangerous as a physician and therefore should be kept away from the public.

Roy’s history includes defending a 1990s malpractice suit over the death of a six-year-old patient in his care; the case was settled for $700,000. In 2001, his medical license was suspended and he was put on a five-year probation by the Texas Medical Board when it was discovered that he had illegally prescribed an opioid to a woman with whom he allegedly had an affair and who died in an automobile accident. It is believed that the drug was a factor in the accident.

The suspension of Roy’s medical license constricted his work options at the time, but prosecutors pointed out that, when given opportunities for employment, his behavior did not necessarily reflect remorse for what had earned him censure in the first place. For instance, after six months working in the Dallas County jail system, he was let go for “poor performance” that included the probation violation of prescribing Valium to an inmate, as well as not providing necessary care to an inmate with anemia.

“I cannot say that you were a good doctor,” U.S. District Judge Sam A. Lindsay told Roy at sentencing. “You have found a way to get around any restriction that was placed on you.”

Roy’s wife and former patients are heard by the judge

During the five-hour sentencing hearing, Roy’s attorneys played a 10-minute video for the judge that included the character witnesses of former patients and Roy’s wife, Dr. Louise Lamarre. The latter described her husband’s “tremendous inner strength,”  and strong work ethic.

“All of his energy was directed to patient care,” Lamarre said of Roy after he began caring for patients in their homes. “There was no intention of wrongdoing here.”

And one videotaped former patient said, “There’s a lot of people here who still need you.”

“I made some mistakes,” Roy told Lindsay. “I was wrong.” He also said that he now understands “the enormity of the situation.”

“I ask for mercy,” Roy added. “I’m looking forward to giving back to society.”

The crimes of which Roy has been convicted come with a maximum possible sentence of 105 years.