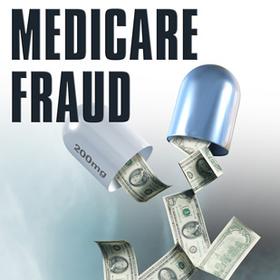 Under the False Claims Act (FCA), healthcare fraud is perpetuated when an individual or entity submits false claims to government programs (or causes someone else to submit false claims)—for example, billing Medicare and Medicaid for medical services that were never provided (or exaggerating or padding initially-legitimate services). This fraudulent activity drains the federal government of billions of dollars each year.

Medicare, Medicaid, and other government healthcare insurance programs are largely funded by taxpayers and are designed to offer assistance to some of the country’s most vulnerable people. Therefore, the exploitation of those funds is particularly egregious as it represents a breach against a large swath of the nation.

In its efforts to crack down on healthcare fraud, the federal government encourages information from insiders who might be aware of fraudulent activity (commonly known as “whistleblowers”). One such insider was the initiator of a lawsuit against a healthcare system that recently resulted in a successful, considerable settlement.

Vibra Healthcare, founded in 2004 and headquartered in Mechanicsburg, Pennsylvania, is in essence nearly $33 million lighter after a recent settlement. The company, with more than 30 acute care hospitals and physical therapy centers in 18 states, employees over 9,000 people.

The lawsuit alleged that at least a half-dozen of Vibra’s medical facilities billed Medicare for medically unnecessary treatment between 2006 and 2013. Although the company has not admitted wrongdoing, it has agreed to settle the case for $32.7 million.

The FCA’s qui tam provision allows private parties to bring an action on behalf of the government and potentially “share in a percentage of the proceeds from an FCA action or settlement.” Sylvia Daniel, a former Vibra employee (Health Information Management Coder/Director in Michigan), is the qui tam relator who filed the initial lawsuit it 2010.

In her Complaint, Daniel argued that Vibra engaged in fraudulent attempts to meet the requirements for Long Term Care Hospital qualification (LTCH) and thereby ensure eligibility for Medicare reimbursements. Medicare beneficiaries must remain in the hospital for more than 25 days for the medical event to fall under the LTCH umbrella.

Daniel stated that many of the Medicare patients admitted to Vibra facilities should have received care at other types of healthcare facilities, such as nursing homes or hospices.

Daniel further asserted that she was pressured by supervisors (and Vibra’s CEO) to change the diagnostic codes she was inputting to reflect a longer hospital stay than what was medically called for. She also alleged that she witnessed the CEO and other executives seeking fraudulent means of re-admitting recently-discharged patients with the intent of extending the initial stay via newly tacked-on days.

Government takes the reins with its own lawsuit; relator will receive a portion of settlement

The government’s lawsuit against Vibra Healthcare alleged that the company billed Medicare for treatment given to Medicare beneficiaries who were not qualified for hospital admission. The suit also asserted that the healthcare company inappropriately extended the number of days many of these patients stayed in their facilities, at times directly against the medical advice of Vibra’s own doctors.

As the whistleblower who initiated the case, Daniel is slated to collect $4 million of the total recovery due the government.