The Wait for Medical Marijuana in Unincorporated L.A. County Gets Longer 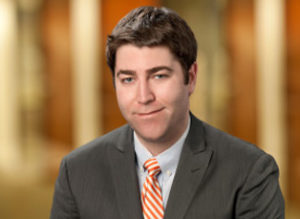 Although the recently balloted Adult Use of Marijuana Act may bring recreational cannabis to California via November’s election, residents in the unincorporated areas of L.A. County might be feeling a world away from that possibility. Late last month, county supervisors voted to extend the temporary ban on medical marijuana production and distribution in unincorporated areas.

Earlier this year, the county enforced a 45-day ban on medical marijuana activity in the areas in question. County officials justified the ban by stating they needed to explore ways to regulate the medical cannabis industry in those locations. The recent vote extends that ban by one year.

Prior to the ban, medical marijuana dispensaries were already prohibited in unincorporated sectors of the county. But the new ban goes further by prohibiting the cultivation and testing of medical cannabis, as well as mobile delivery services.

Patients’ pleas not enough to sway the board

Maria Vera Moran lives in North Hollywood. She manages the pain associated with lupus through edible marijuana. And because her condition keeps her from driving, she counts on having her medical cannabis delivered to her. “To force these businesses outside of Los Angeles is shortsighted and ignores so many benefits they provide to patients just like me,” she says.

Patients and advocates of medical marijuana asked the board to turn its attention to managing the industry, rather than keeping the ban in place. However, the board overwhelmingly disagreed.

The solitary vote against the extension of the ban came from supervisor Sheila Kuehl. She describes the board’s decision as “pretty much kicking the can down the road…until we see what the voters of California do in November.”

Will the state supersede the county after the election?

If passed, the Adult Use of Marijuana Act on November’s ballot would allow individuals age 21 and over to possess up to an ounce of cannabis and to grow up to six plants. And if the state sanctions marijuana use for people who don’t possess a doctor’s recommendation well before this one-year ban expires, how will a prohibition on medical cannabis be enforced in targeted areas within the state? That elephant-in-the-room question is loudly unanswered at this time.

Kuehl has requested that members of the county staff create specific environmental guidelines for cultivating the crop, and she’s asked them to stipulate those guidelines before the cannabis law potentially changes statewide. “In terms of outdoor cultivation, I don’t see treating this crop any better or worse than any other grown outdoors,” she says.

Although the board’s vote has shelved medical marijuana in the unincorporated areas of L.A. County for the next year, supervisors haven’t shelved thinking about it—they also discussed the possibility of introducing a local ballot measure that would add a tax on marijuana sales designated for reducing homelessness. Supervisor Mark Ridley-Thomas has requested that staff explore the specific ways taxing a “cash-based” business such as marijuana sales could work.

Does the board’s decision keep the unincorporated areas behind-the-times?

Sheila Kuehl is not alone in her frustration with the supervisors’ vote to extend the ban.

“It is disappointing to see Los Angeles County affirm outdated policies that ban medical marijuana collectives and cultivation,” says Aaron C. Lachant, Partner at Nelson Hardiman, LLP. “In 2015, the state legislature passed the Medical Marijuana Regulation Safety Act to provide cities and counties with a framework with which to regulate medical marijuana businesses. The fact that the most populous county in California will not be a participant in and beneficiary of the statewide program is a disappointment.”

And looking to the future, Lachant adds: “With the Adult Use of Marijuana Act ballot initiative on the ballot in November, the Board of Supervisors may confront a more complicated regulatory environment when they revisit the issue in 2017.”