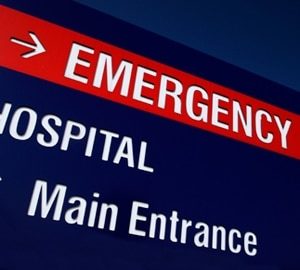 The Centers for Medicare & Medicaid Services (CMS) began publicly reporting hospital readmission rates in July 2009.[1]These reports highlighted the amount of resources wasted by reimbursing care provided for potentially avoidable readmissions and spurred many proposals to reduce hospital readmissions as part of healthcare reform. According to some estimates, Medicare spends more than $12 billion a year in expenses associated with potentially avoidable readmissions.[2]One study showed that 19.6% of all Medicare beneficiaries who had been discharged from a hospital were re-hospitalized within 30 days.[3] Another study showed that within 30 days of discharge, one of every four Medicare patients with heart failure is readmitted.

The Affordable Care Act (ACA), signed into law in 2010, calls for the nation to embrace strategies of quality improvement in healthcare. One such strategy requires hospitals to begin reducing their readmission rates in 2012 within the context of quality improvement mandates. Under the new penalties in the healthcare reform, hospitals with high readmission rates stand to lose up to 3% of their regular Medicare reimbursements.[4] This 3% penalty comes in addition to any other cuts that Medicare may make over the coming years and/or any other penalties Medicare will be enforcing as well.

Specifically, the ACA requires the Secretary to develop reporting requirements for health plans on benefits or reimbursement structures that prevent hospital readmissions.[5] Hospital readmissions reduction programs must be put into effect for discharges on or after October 1, 2012. The ACA calls for a payment structure that provides increased reimbursement or other incentives for the implementation of activities to prevent hospital readmissions. Essentially, the Act authorizes subsidizing some of the cost hospitals will incur in their efforts to reduce readmission rates. [6] The program is to include patient-centered education and counseling, comprehensive discharge planning, and post discharge reinforcement by appropriate healthcare professionals.

Various options have surfaced for hospitals struggling with ways to keep down potentially avoidable readmission rates. One technique is improving communication and following up with discharged patients. Hospitals have achieved improvements by simply having nurses call patients shortly after they go home to check in on how they’re recovering, see if any issues have resurfaced, and answer any questions that have arisen since their discharge. Some hospitals have gone as far as to send social workers to accompany patients to the grocery store to point out which labels work for the patient under their physician’s discharge guidelines and which ones don’t.

Another technique that has become very attractive is the use of post-discharge clinics. As part of the discharge paperwork, hospitals have begun identifying patients who are more likely to have trouble after discharge. This may include patients with certain medical conditions prone to recurring issues or those who lack health insurance or a primary-care provider. Once identified, the hospital begins by funneling them to a post-discharge clinic where they receive one-on-one assistance, this has proven to be conducive to preventing readmission. Essentially these clinics are a bridge until the hospital is guaranteed that the patient discharged is settled with a primary care physician.

A third technique is offering transition coaches. Hospitals that provided a transition coach for patients after being discharged had a 12.8% readmission rate, compared to 20% for those without coaches. In one New Jersey hospital the transition coach visits the patients at home and provides them with a daily health record to monitor weight gain, track medication, write down questions for providers and map out personal goals. Transition coaches have been known to review warning signs, educate on early detection and prevention and to make several periodic follow-up calls during the first 30 days post-discharge.[7] The theory is that the transitional coach program encourages patients to actively manage their own care.

These techniques have one common goal: provide tools and guidance to help people help themselves and stop the hospitalization cycle. Ending this cycle is a common theme in the healthcare reform and providers need to be creative in keeping costs down. Hospitals should consider these and other techniques in order to develop an effective plan to prevent Medicare readmission penalties.