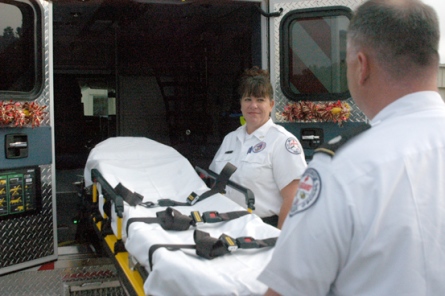 In recent years, the Office of Inspector General (“OIG”) has increased the number of investigations into whether the contractual relationships between ambulance companies and skilled nursing facilities (“SNF”) violate the Federal Anti-Kickback statute (“AKS”). The AKS prohibits the knowing or willful solicitation or receipt of any remuneration, whether directly or indirectly, in return for referrals for services that are reimbursable under Federal health care programs.

It should be noted from the outset that these kickback investigations are somewhat different from other common types of kickback schemes as the investigations are not focused on whether anyone personally gave or accepted a bribe, kickback, or remuneration of any kind. Instead, the crux of the alleged kickback scheme is a purported quid pro quo-the SNFs accept steep discounts on Part A transports, which the SNF must pay for out of the patient’s Medicare daily rate payment, in exchange for affording the ambulance company an exclusive or preferred position with respect to the referral of the more lucrative Part B transports, which the ambulance company bills directly to the Medicare program.

Although, the OIG has made this a recent priority, the purported scheme itself is nothing new. In 1999, OIG published “OIG Advisory Opinion No. 99-2,” which addressed whether a proposed arrangement “for discounted ambulance services provided to residents of Medicare skilled nursing facilities” would “result in prohibited remuneration under the [AKS] or would constitute grounds for the imposition of sanctions under the [AKS].” In the contract analyzed by OIG, the “contractual rates for [basic life support] and [advanced life support] services represent discounts of up to 50% of the “reasonable charge” established by Medicare for Ambulance Company X’s services in the State A area.” OIG suggested that “such price reductions create a risk that a supplier [i.e., the ambulance company] may be offering remuneration in the form of discounts on business for which the purchaser pays the supplier, in exchange for the opportunity to service and bill for higher paying Federal health care program business reimbursed directly by the program to the supplier.”

Even the most well-intentioned provider may become the subject of an investigation by virtue of its relationship with a SNF due to the fact that most SNFs contract with many ambulance providers, including less than reputable companies. The best practices to avoid AKS liability include: (1) the use of a single Part A rate for all SNFs with which the company contracts; (2) reducing transportation agreements to writing; (3) setting a Part A rate that is similar to the reasonable charge established by Medicare; and (4) maintaining sufficient records to justify that Part A rate.

The OIG is likely to continue its focus on the relationship between ambulance companies and SNFs. Therefore, it is imperative for an ambulance company to have an experienced attorney review its Part A transportation contracts for compliance with the AKS. Addressing these issues now, before there is an investigation, will facilitate a quicker resolution should an investigation arise. Nelson Hardiman has prepared numerous Ambulance Transportation Agreements, as well as advised clients on whether existing agreements implicate the Anti-Kickback statute. Nelson Hardiman also has counseled and reached favorable settlements for both skilled nursing facilities and ambulance companies in OIG kickback investigations.