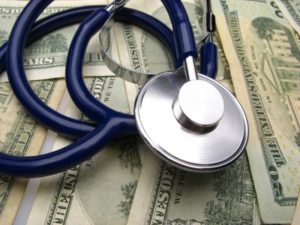 In a 5-4 judgment written for the plurality by Justice Scalia (Justice Breyer concurring in the judgment), the Supreme Court found that there is no private right of action under Section 30(A) of the Medicaid Act. Respondents, private providers of habitation services under Idaho’s Medicaid program, sued the State of Idaho for violating Section 30(A) in not providing sufficient reimbursement to meet the Act’s requirements to “assure payments are consistent with efficiency, economy, and quality of care and services.” 42 USC Sec 1396a(a)30(A). The District Court and the 9th Circuit ruled in favor of Respondents, finding Idaho’s Medicaid payments to providers were insufficient.

The Supreme Court reversed. The entire Court found that the Supremacy Clause itself provided no private right of action to enforce a federal law against a State official. Reviewing the Federalist Papers, Justice Scalia finds no discussion of a private right of action despite substantial argument over the Supremacy Clause. He concludes that in the absence of express intent of the Founding Fathers, the logic of construction required finding no constitutional basis for a private right of action. If such a right were embedded in the Constitution, it would be immutable by Congressional action. Since the Court has recognized that Congress has the right to specify or eliminate private rights of action in its legislation as Congress so chooses, logic compels that since private rights of action are mutable on Congressional preference, they thus cannot be constitutionally based.

Justice Scalia and the dissenters also agree that private rights of action are a judge-made function of equity courts. Although noting the equitable power to review State officials’ compliance with federal statute, he concludes Congressional intent was not expressed sufficiently to grant a private right of action under this statute. Instead, Justice Scalia cites the extreme complexity of the regulatory framework, and what he describes as standards of conduct that are not judicially manageable (he was troubled by what standard could the Court measure ‘consistent with efficiency, economy, and quality of care and services’). He finds the Act’s express remedy of allowing the Secretary of Health and Human Services to withhold funding for Medicaid from the States as the sole and sufficient remedy for a State official’s failing to comport with the requirements of the Act.

Justice Sotomayor wrote the dissenting opinion, taking issue with the Court’s failure to make a proper assessment under a regulatory system not more complex than many the Court has addressed, and under standards not as ambiguous as have been previously addressed. She points to the rigorous requirements the Court has previously needed to find Congressional intent to preclude private rights of action, none of which were present in the Act.

This case forestalls what had been an important weapon of physicians, hospitals, and other providers, in trying to gain better Medicaid funding rates. Congress may act to clarify whether it intended to limit the remedial scheme of the Medicaid Act to enforcement only by the HHS Secretary; but this is not likely a high priority in the current election cycle given the pressure to save dollars from the national health care budget.